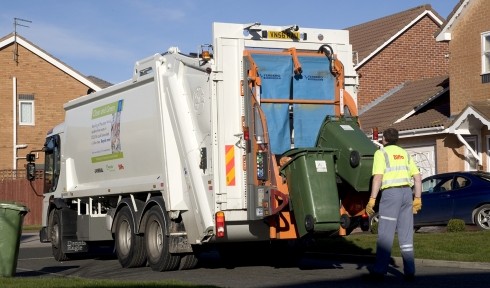 One of the UK’s biggest rubbish collection companies Biffa, has given 1,500 of its binmen BlackBerry-type devices so they can “get more done on the move”.

Vicky Panayiotou, of Biffa, said binmen could use the “rugged BlackBerrys” to collect data from customers, download maps and communicate with head office.

The devices could also be used to take photos of overfilled bins or catch households who have put general waste in their recycling bin.

“They can take pictures, but they won’t as standard,” she said. “If there are any defects or a health and safety problem, they might take pictures”.
The devices will also be used to track the location of garbage trucks to ensure binmen don’t take a detour to the local pub.
The special ‘binmen BlackBerrys’ form part of a £1.75m deal with Vodafone to supply Biffa with 3,100 devices, including regular BlackBerrys, dongles and 3G data cards.
“Vodafone will enable Biffa to relay information between its 1,500 refuse collection trucks and Biffa’s head office … so that Biffa can capture information including proof of collection more efficiently and identify the vehicles location,” Biffa said.
Biffa, which was taken private in a £1.7bn private equity deal in 2008, runs the household rubbish collection service for 25 local authorities