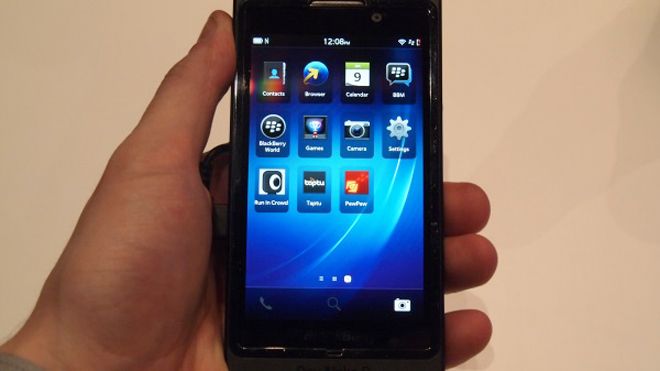 Once its handsets prompted such devotion and adulation in its users that they christened it Crackberry, but in an increasingly competitive marketplace,RIM has found itself muscled out by Samsung and Apple, among others.

Its rugged build, keyboard and secure servers made it ideal for business use – and for a younger generation its BlackBerry Messenger Service remains a key way of keeping in touch.

But problems with handsets, coupled with a service outage in 2011 that saw many users locked out of their emails, tarnished the brand.

Those who have seen the new BlackBerry are, however, singing its praises. Ramon Llamas, an analyst at IDC, said it was a “really positive step for the company”.

He added: “It puts BlackBerry on the same level as Apple, Android and Windows Phone, and brings them into 2013 rather than being stuck back in 2010.”

As much as anything, the BlackBerry 10 launch is about reputation management.

The new BlackBerry will be up against phones like the Samsung Galaxy S III and of course Apple’s iPhone.

The first handset is expected to be entirely touchscreen, rather than the more traditional keyboard and screen.

Its message hub, where users can access emails, SMS, Facebook messages and Twitter Direct Messages all in one place, rather than opening separate apps, will please the social media generation.

Security remains key, and the BlackBerry 10 will allow a personal and a work mode – where security settings can be completely customised by an employer, whilst allowing the user freedom to do what they want without any impact on confidential material stored on the work side.

However, smartphone users want plenty of apps for their device – and, for now at least, it will lag significantly behind its main competitors.

The market seems confident the BlackBerry 10 will have an impact, with the company’s share price doubling since mid-September – halting a months-long decline.