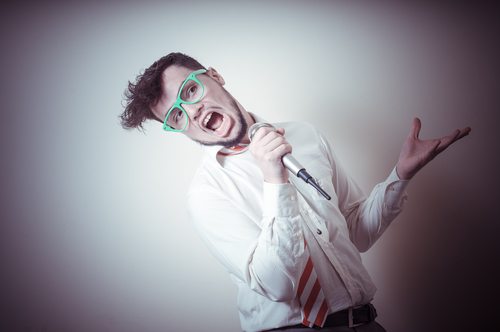 Suppose we read the following list to a group and then asked them to recall it:

One doesn’t need to be a German psychologist to see that “Lady Gaga” will be more easily remembered than, say, “butter.” In the context, “Lady Gaga” is atypical, and that’s why she’d be remembered more easily, says Neil Bearden for HBR. That’s the von Restorff Effect in action.

Now think about a typical hiring process. A company makes an announcement for a position opening; many people apply; a subset of applicants get interviews; and after the interviews, a group within the company decides whom to hire. Anyone who’s been involved in the hiring process knows that a lot of the discussion around hiring depends on what people “remember” about the interviewees. Of course, there are concrete things to consider (e.g., CVs, psychometric test scores, etc.), but people’s recollections also play a big part:

“I remember that guy was quite arrogant.”

“Actually, I thought he was extremely polite.”

“Didn’t he consistently interrupt you when you were asking him questions?”

“No, he had fantastic manners. He was the last in and last out of the elevator every time — a true gentleman.”

“Okay — maybe it was one of those other guys I had in mind. Did the elevator guy keep making weird jazz references?”

In a crowded field — and it feels right now that most fields are crowded — the most disadvantaged people to be in this situation are those “other guys,” the ones who cannot be recalled vividly.

After talking with many hundreds of MBA students searching for jobs, I’ve learned many things. One is that people (or at least MBAs) looking for jobs tend to become quite risk averse. When interviewing, they don’t want to do anything “strange.”

But if you take Frau von Restorff’s findings on board I think you’ll agree with me that the conservative folks are making a tactical mistake.

Oscar Wilde, speaking through the character Lord Henry in The Picture of Dorian Gray, understood this: “It is silly of you, for there is only one thing in the world worse than being talked about, and that is not being talked about.”

In the pile your file is in, probably most people went to similar schools, have quite similar CVs, and so on. But what will make people remember and talk about you? How are you atypical? It’s not that you have 10 rather than 12 years experience. It’s not that you managed 32 rather than 16 people. How are you really atypical? How will you be remembered in that hiring meeting? Will you be remembered or just be one of those other guys?

Like Oscar, Lady Gaga gets this, and she’s been hugely successful as a consequence. In The Fame she tells us: “I’m obsessively opposed to the typical.” And of course “Lady Gaga” isn’t a typical name. (Does anyone here remember that Stefani Germanotta?)

Perhaps you can leverage the Lady Gaga Effect: be opposed to the typical. Don’t be afraid to be weird (you probably are) — at least you’ll be remembered. And you know the only thing worse than being remembered…

The Institute of Directors has had to investigate allegations about how the lobby group is run.