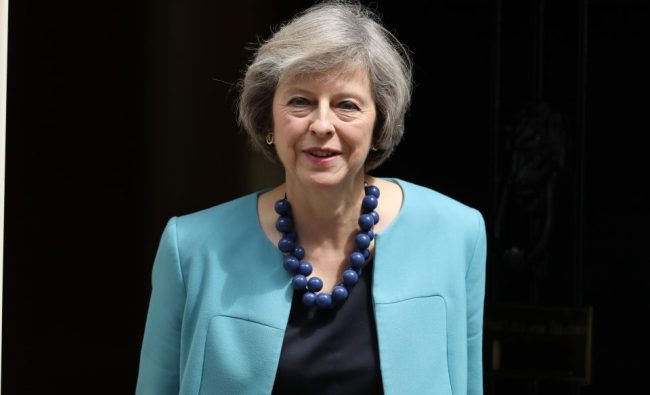 In what will no doubt be remembered as an otherwise turbulent few weeks in modern political history in this country, I am intensely confident about two things:

First, that Theresa May is assured of a comfortable victory in September and, second, that she is indeed a safe pair of hands, whatever her detractors on the left or right say.

Although it may be deeply unfashionable to take a centrist position in British politics these days, it is also a vantage point: untethered by ideological dogma or emotional fervour.

Being untagged by either, at the moment, can be helpful. Unburdened by both is surely a straight flush when it comes to the tough talking necessary to thrash out a deal with the EU in the coming months. It is also a lot more useful than the house of cards on which former candidates in this contest have chosen to build their political base.

Much has been made of the fact that frontrunners in previous Conservative leadership contests have been pipped at the post by the outsider, but that is history. History can sometimes teach us valuable lessons, but it can neither predict the future nor be an accurate yardstick of the current political climate: a climate which is very different to the days when Ken Clarke and David Davies stood for the leadership.

To compare Theresa May’s chances to Ken Clarke in 1997 or to David Davies in 2005 is, I am afraid, a non-starter. Aside from the voting numbers themselves which show that May is much further ahead in the race than either Clarke or Davies was at the same stage, the country is in a very different place and, importantly, May has kept her powder dry.

In 1997 and 2005, it was youth and dynamism that was thought necessary for a Tory leader to dislodge Tony Blair. With the passing of time and with the election of David Cameron, the strategy yielded the desired result eventually. Time, however reminds us that Article 50 is not on our side and things are very different today. What is needed most in these uncertain times is stability, a quality out of which Theresa May has carved an impressive career path.

May appears to offer something to everyone in her party and to the country at large. It is often said that if there was ever anyone ever ready to become prime minister, it is her. A sceptical remainer, like so many Conservatives, she has artfully balanced her lukewarm position on the EU against her private reservations which are probably more in tune with the will of the people than has been apparent. She is self-aware: once claiming that the Conservatives are seen as the “nasty party”, putting herself above the petty squabbles which seem to dog her male colleagues. In her own words, she “just gets on with the job”.

Sensibly, she has pronounced that she will not trigger Article 50 before the end of the year, preferring to ensure that the UK is ready for tough negotiating. We are in unchartered waters and nothing can be taken for granted. She appreciates that the decision needs to be treated separately from the strategy and planning: something which seemed to escape the attention of those calling for Leave during the referendum debate. Yet, she is not without support from key Brexiters; Chris Grayling, a prominent Leave campaigner, manages her campaign.

David Davis, an influential Leave supporter and occasional policy critic of hers, is known to have faith in her qualities to win over the party and the country. Since her announcement to run, May, too, has been emphatic in her respect for the referendum result and her willingness to take the UK out of the EU and deliver a new relationship with Europe and the world. For her, “Brexit means Brexit”.

Her stance on the three million EU nationals living here in Britain is a subtle but tactical point. Her concern is the one million Brits living and working in the EU. Brexiters, rather than remainers, have pounced on this as a step too far but the lucidity of her reasoning has yet to sink in. Her point is about reciprocity in a post-freedom of movement Britain and it shows that May has analysed the problem and understands that this EU ideal is not one shared by the majority of British voters.

At this point, logic dictates that the Conservative party re-group and rally around the no-nonsense, diligence of a May-led government.

Her political longevity at the Home Office is enviable. You have to try very hard if you want to fault her for her integrity.

Untarnished by an unrealistic manifesto aspiration to reduce immigration to the tens of thousands, most agree that she has steered her department with deftness and with notable wins.

Bad judgment is invariably the downfall of a home secretary, but May has proved herself a steady hand on the tiller. She has presided over a record fall in crime during her tenure despite controversial budget cuts.

She has removed much of the red tape created by Labour, including the reversal of ASBOs (preferring a less punitive, community approach) and the scrapping targets to allow the police to concentrate on fighting crime.

If we are putting our cards on the table, and by that I do not intend to be ungracious, Andrea Leadsom may have already fluffed her chances.

The junior minister shot to prominence in the referendum campaign arguing her case with methodical calmness, but she remains an unknown quantity. Likeable though she may be, she has only been in politics for six years. Not necessarily fatal to her chances, but the two remaining candidates, this time round, will certainly be subject to a higher level of scrutiny, commensurate with the task at hand.

The comparisons are tempting and parallels will be drawn, but Margaret Thatcher had been in politics for sixteen long years before her coup de grâce. May has was first elected in 1997.

A less than confident performance at her press announcement, an inexplicable, impromptu UKIP-like march through Westminster and obvious lack of front-line political experience may be a hurdle too high on this occasion. Recent comments about women and children though unfortunate have done little to help her communicate.

Be in no doubt, a promising future beckons for her but the other contender is a seasoned professional.

Theresa May is also popular among grassroots Tories. Tory peer and polling expert, Lord Haywood, who correctly forecast a narrow Brexit win predicts a majority for May amongst the Conservative membership, “From what I’m hearing around the country – and this has come from MPs who are Leavers – their members are heavily for Theresa May… I think the reason for that is because in a period of marked upheaval, they will probably look for a person with experience.

They don’t believe there’s time to learn on the job.” We are becoming acclimatised to surprise results in elections and this contest will live up to that, except that this time the surprise will be a victory for the front runner. The winner is expected to be declared on 9th September.