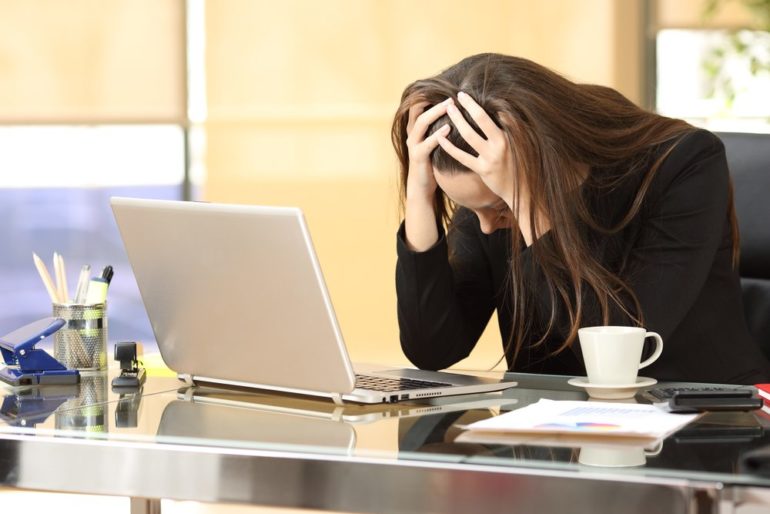 Leaders are scared and struggling in this new era of extraordinary and unexpected disruption.

How do we know? That is what privately many have confided to us. Just as they now need to be reassured and emboldened, so the leaders of tomorrow can learn important lessons.

US General Stan McChrystal recently told the Fortune Tech Brainstorm in Aspen that corporations have “structures that were absolutely right and effective in the industrial age,” but they “don’t work anymore.” He added that going ”from complicated to complex… technology is never the problem. Getting the organisation to modify the culture to be effective is extraordinarily difficult.”

That is a core challenge for those at the very top. How do they lead? How much do they have to adapt? The questions reflect the findings from our three years of research into why leaders struggle to Think the Unthinkable (TTU). During hundreds of interviews we have analysed the deep new human challenges faced by leaders to accept, understand, embrace then handle the extraordinary processes of change and disruption.

Our overarching conclusion? The conformity that got most leaders to the top in many ways disqualifies them from understanding the enormity of change and how to handle the ‘unthinkables’ heading their way. That conformity means most refuse to accept how much and how profoundly they need to adapt. The challenge is not about redesigning the system, it is about recalibrating the human capacity to lead out of disruption to a new stability and self confidence in tune with new realities.

Our findings focus on the enormous potential to change things by modifying culture, mind-set and behaviour. Behaviour and profound lack of understanding of the changing public mood explain a series of leadership failures in the public and private sectors in recent months.

Belated, often grovelling apologies have become commonplace. Some are over bad personal behaviour. “I’m a creep, I’m sorry” is how Dave McClure, the ex-CEO of 500 Startups, began his frank public confession of his sexual misbehaviour. His is just one of several corporate departures due to allegations of sexual harassment. Most prominent were Travis Kalanick of Uber and Bill O’Reilly of Fox News.

But the leadership challenge is far deeper than such personal failings. The US corporate world has been shaken by executive complacency and misjudgements that reveal an arrogance that unthinkables don’t need to be identified, let alone thought about.

Most infamous was has the brutal handling of a Vietnamese-born doctor from his seat on a United Airlines flight. The company’s defence of the action was flat-footed and humiliating to both them and the doctor. It provoked even greater public outrage. The humiliation continued with the CEO’s performance being shredded by the US House Transportation Committee on Capitol Hill.

In our analysis we identified two categories of ‘unthinkables’;  Black Swans are events that cannot be predicted – what Donald Rumsfeld famously described as  ‘unknown unknowns’, and Black Elephants, more disruptive, usually known and present ‘in the room’. They are ignored or not reported up the line as they are too unpalatable for the bosses to be told. In many ways, we conclude the core weakness is not about Thinking the Unthinkable. It is about Thinking the Unpalatable, and why so little that is signalled either reaches the top levels or is acted upon.

As Unilever CEO, Paul Polman put it: “In an organisation you can hide yourself behind a lot of barriers that we’ve created. The more they get paid the less risk they take because it’s very comfortable and you get paid a lot. And it’s better to hang in there… than take a lot of risk.”

More than ever in the business world, those serving their bosses feel constrained in what they dare pass on to the top.  This explains why so many unthinkables never reach C-suites or corporate boards to be considered in the formulating of key decisions, which comes at a high cost.

Those building businesses can learn from this malaise.

Many argue that the required change in mind-set, culture and behaviour is a daunting, if not insurmountable, task. Not so if leaders reconfigure themselves and their businesses with courage and humility in order to build resilience and flexibility. They must accept that rapid change is the norm, and that it has to be embraced.

Those businesses that devolve responsibility through the company, freeing up C-suites and empowering staff by opening up information and devolving decision-making, are the ones most likely to succeed. They are best placed be understand potential threats and to anticipate them before they destroy the business.

Cross-generational engagement is also an effective approach. The evidence is that younger team-members often understand the new digital environment better than their older managers and will spot new opportunities as well as threats. But often there is no way to activate the higher levels who need to know. We have been studying one example in a US Public sector organisation of how incentives were given to millennial staff members to come up with innovations. They have enjoyed the resources and C-suite backing to carry them out.

Those business with the flexibility and foresight to understand are likely to have leaders who understand they do not have all the answers. The need for humility and courage as two key attributes is emerging from our TTU work. What better way to truly stand out from the crowd and future-proof your business than by building a culture that embraces change and diversity, then rewards risk or being ‘whacky’ and ‘maverick’?

Understanding that is a good part of the new battle confronting leaders. Echoing General McChrystal’s warning from the start, a senior British general described to us the enormous scale of change needed on all fronts, which is “like eating an elephant in one mouthful.”