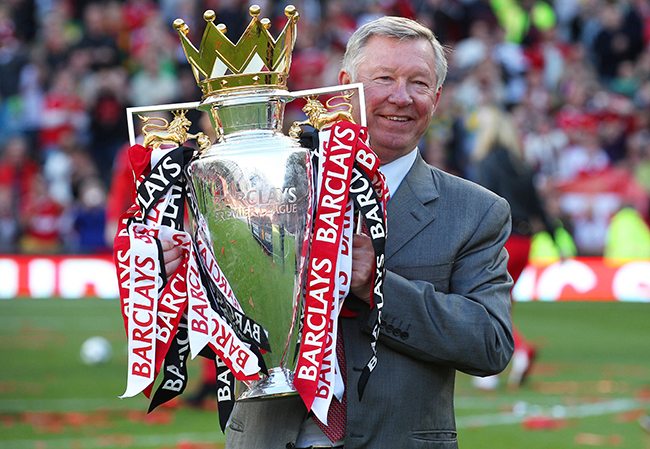 His team’s victory over Aston Villa, inspired by a first-half hat trick from an energised Robin van Persie, earned United its 20th league title and Fergie his 13th. It’s a record that elevates the club, and its esteemed, indefatigable 71-year-old manager yet higher in the echelons of the sport.

So how does Fergie do it? What is it about the blunt Scot that makes him, and Manchester United, successful? We asked Simon Swan, co-founder of the award-winning online recruitment marketplace Hiring-Hub.com to explain:

Easy. He knows how to build a great team. A winning team. What’s more, he knows how to lead them. Motivate them. Shield them from negative influences and inject an attitude and belief that sees them consistently out-psych – not always out-play – their rivals.

But what has this got to do with you, and your start-up or fast-growth business? Everything. You see, Ferguson has hit on a formula that works. He builds teams, consistently, using the same simple ethos. Teams that share common goals and are capable of great achievement. Teams with a mix of experience, skills, and raw talent. In business, we do the same. If Sir Alex ran a business, he’d make it work.

It’s not all about finding the ‘perfectly matched’ or ‘great on paper’ workforce. It’s seeking those with passion and commitment, who share basic characteristics, yet are blessed with contrasting skills. That’s what Fergie is good at: sourcing players with different skills that complement each other wholly.

In football, it’s no good having a team full of strikers if you don’t have a solid defence. Likewise, in business, you can’t have a team of sales people if you don’t have an operations manager, or a finance guy. You need to build a varied team. A team that, when combined, contributes a variety of skills that, together, create a powerhouse.

So he builds a team with the right mix of skills and talent, great. But everyone does that. So that’s not his secret. He does it well, better than most, granted, but it’s no silver bullet. No guarantee of success.

Just as important is Fergie’s carefully balanced cocktail of youth versus experience. Talent, enthusiasm and earnestness in its purest form, married to wise old been-there-seen-that-and-got-the-Champions-League-T-shirt veterans. This is Sir Alex’s secret weapon and the reason why he has, consistently, over the past 21 years, built great team after great team. The man has succession planning down to a tee.

Rather than always paying top prices for proven superstars, Ferguson will take an educated risk on a young player, knowing that if they have the right attitude, he can round off the rough edges. The same goes for businesses. Nurturing fresh talent is both rewarding and fruitful. You can’t base all your judgements on whether your candidate is 18 or 38, or has four or 400 weeks’ of work experience. Get them young, train them, throw them in the arena with your best players and they will learn, fast, and become valuable assets.

It’s Phil Jones meets Ryan Giggs. Danny Welbeck meets Paul Scholes. You take experience, mix it with juvenescence and you invigorate both the old and the young. Trust me, it’s a potent formula.

Throw in excellent man management and we’re getting closer to understanding why Ferguson is revered by his peers. He’s adaptable. Over the years Ferguson’s management style has evolved. He’s discovered how to get the most out of the hard-workers and the prima donnas. The flawed geniuses. The selfish. The eager-to-please. He’s agile, changing his style to suit those he engages, but, ultimately, ruling all comers with a firmness that demands respect.

He praises talent too. Fergie knows that a well-placed “well done son” is one of the most powerful messages he has in his arsenal to whisper to his players. Everyone has an ego, big or small. We all like to impress, and to be praised when we’ve done a good job. Sir Alex dishes out compliments relatively sparingly, but when you get one, you know he means it. You know you’ve done a good job.

Another of Ferguson’s strengths is his ability to bounce back. It’s not always been sunshine and rose petals. He’s been through some bad times, but he’s ridden the lows. Used them to motivate his players and staff. That’s a key one for any start-up or SME. There’ll be highs, I’m sure. But these won’t come without the gut-wrenching lows. Fergie learns quickly. Takes what he can from failure and moves on, leaving the past in the past and concentrating on the future.

The final piece of the jigsaw is leadership. Sir Alex leads his troops into battle each weekend with the swagger and energy of a man half his age. He is a leader. When he speaks, his team listen. It’s the final ingredient in Ferguson’s Michelin-starred menu that helps him serve dish after dish of appetising matches en route to title after title. He leads, they follow.

So that’s how he’s done it. See, easy! In truth, it’s nothing new. It is, however, a culmination of many years experience combined with tenacity, optimism and aptitude that ensures Sir Alex Ferguson will provide the benchmark for all successful managers in football. Can and indeed should we learn from him in business? You bet.