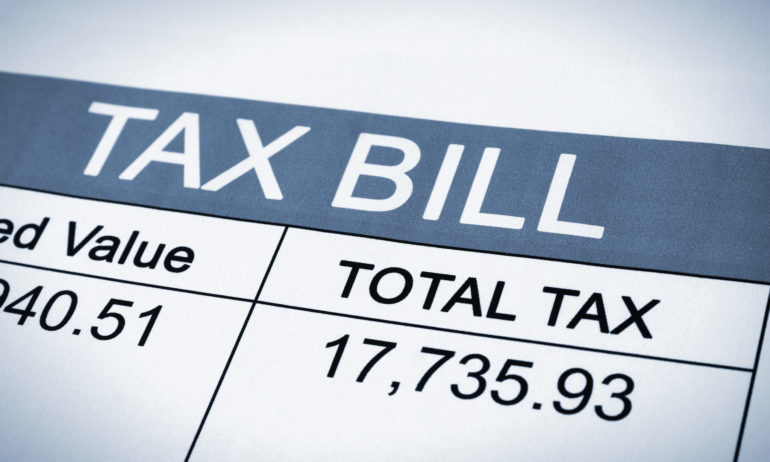 As thousands of people across the UK sigh with relief after submitting their latest annual tax return, many will have also been gritting their teeth at the sum of money they’ve had to send in HMRC’s direction.

However, whatever the amount of a tax bill, without it many of the things we take for granted wouldn’t be available to us.

Here’s five ways that tax has helped to improve the UK – and your life.

The UK is lucky enough to have a system which provides free and compulsory education to everyone aged from 5 to 18 years old. Of course, it’s not technically ‘free’ as it is paid for out of tax contributions accounting for 11% of the government’s budget in 2017. But it is worthwhile remembering that being able to obtain an education, no matter who you are, is a privilege. Some of the wealthiest business people in the country attended state-funded schools, proving an education that is accessible to all means equality of opportunity and a better foundation for a healthier economy.

Born on the fourth of July

The introduction of the NHS at midnight on 4 July 1948 was a hugely ambitious plan, but one that revolutionised how everyone in the UK received healthcare. Whilst it may be easy to moan about long waiting times and delays, free healthcare is a luxury and gives us much to celebrate. In the last 70 years the NHS has helped to dramatically reduce childhood illnesses and death through immunisation programmes, has increased life expectancy, and has been responsible for some of the most important studies, clinical trials and research in modern medicine.

And if that doesn’t convince you, The Department for Health says the average daily cost of a hospital bed is £400 per day. Start factoring in other things like hospital maintenance, IT infrastructure, communications, equipment, and staffing and it is likely to cost a lot more.

Aside from weekly waste and recycling collections, taxpayers’ money is also spent on protecting the environment around us. This includes keeping the air clean.

It might be hard to imagine now, but air pollution was once rife in certain parts of the country. For example, back in 1952 severe air pollution caused a thick layer of smog to form over the city of London. Lasting for five days, it caused major disruption and resulted in 4,000 deaths and a further 100,000 people falling ill. The death toll shook up environmental regulations and was one of the driving forces behind implementing the Clean Air Acts of 1956 and 1968. This included offering financial incentives to householders replacing coal fires with cleaner alternatives, such as gas.

These days vehicle emmissions and congestion take centre stage, but the premise is still the same – to keep air clean and the environment around us healthy. The Department for Environment, Food and Rural Affairs’ annual budget of £2.2 billion also goes towards supporting the rural economy including food, farming and the water we drink.

Browsing books in the local library or visiting a museum must be a couple of the most relaxing and enjoyable pastimes in life. And even better, libraries in the UK allow you to borrow books for free, and many of the most interesting museums offer a no-fee entry thanks to help from taxpayers’ money. Just don’t forget to return that book when you’ve finished with it, otherwise you could be in line for a fine!

It may be a divisive subject, but contrary to what many people might believe, a welfare state helps to improve overall health, education, employment and social security. And whilst many will argue it cultivates a culture of dependency, research undertaken by The Joseph Rowntree Foundation in 2013 found that there was no evidence of a generational culture of worklessness amongst claimants. It has also been found that reductions in benefits and tax credits results in many of the most vulnerable people in society being forced to make cut backs to essentials and, in some of the worst cases, falling into serious poverty. This has an overall effect on the economy and puts more pressure on services such as the NHS. In fact, figures show that countries operating as a welfare state are some of the most economically stable in the world.

Whilst there are many positives to paying tax, no system is perfect. There will always be question marks over how efficiently taxpayers’ money is being used, no matter how it is allocated. Of course, no one wants to pay more tax than they need to; the key is to keep taxes fair for everyone through legal tax planning that is both effective and ethical.