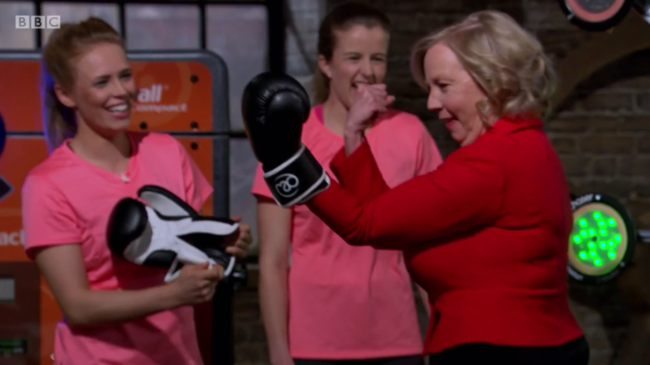 So, series 14 has officially come to an end. We’ve seen such a vast selection of pitches over the last few weeks in the den, with some budding entrepreneurs perfectly presenting how to get the dragons onside, along with a huge number of hopefuls fundamentally lacking just what the Dragons are looking for.

The one aspect that will probably never be stressed on enough is the importance of numbers. Every series, there are always handfuls of people who will never seem to learn that this is one of, if not, the biggest attribute to creating a good impression. When someone knows their numbers, they develop a sense of security for the investor as it shows that the individual distinctively knows where their business currently sits, how it has progressed and what it is going to do to reach the figures of its potential projections.

Someone who was fairly good on his numbers was Rob, the first to enter the den tonight. With an appearance complying of an electric blue suit, paired with a slick hair cut and vibrant red glasses, his all-round polished look created quite an impression on the Dragons – and a good one too.

From being compared to a Marvel cartoon character, Rob was pretty chuffed with his label as he seemed to have scrubbed up well in compliment with his business and what it presents.

Being the founder of a male grooming business, ‘Gruhme’ – pronounced as ‘groom’, set his appearance in perfect parallel. He was asking for £75,000 in exchange for a 15 per cent equity stake.

Claiming to mix traditional and modern techniques, I was beginning to become a little confused. What Rob was actually predominantly presenting was male fragrances, which Peter didn’t quite take to the scent of.

The fragrance, and male grooming sector more specifically, hold such a huge place in retail. This fact was a concern for the Dragons, who questioned themselves on whether or not the competition already out there would potentially suffocate this fairly niche brand.

Personally, I couldn’t see the distinguishing trait that would set the brand apart from the others and clearly the Dragons couldn’t either, as they all declared themselves out.

What entered the den next was basically a business that takes on a idea to Deliveroo. ‘Supper’ is an online food delivery service which currently delivers restaurant served food to Londoners. The man behind the business, Peter, was asking for £100,000 for a 10 per cent equity stake in the business.

Homing a number of restaurants in one place, allows individuals to select their food quickly and easily, but I simply couldn’t help but think, ‘hasn’t this essentially already been done?’

Even though 80 per cent of the restaurants on the system use Supper as their exclusive delivery service, Sarah made a very valid point, outlining that “if it’s a success, it will automatically fail” based on her lengthy knowledge of the sector and pressures that restaurant kitchens have to face.

Founder, Peter, had declared to have personally invested £300,000 into the business already and knowing it was going to essentially need over £350,000 additional investment was a worrying fact.

You have to admire Peter’s passion and determination to make the business a success but in the long run, it’s bound to come at a stand still. Being aimed at business people is also very unrealistic. There is no way that the business will seek enough people under this label that will be willing to fork out for Michelin star restaurant food to eat in their office – and their bosses may have an opinionated view too. A lot of people go to a Michelin star restaurant for the experience and general atmosphere, not to indulge in the food whilst staring at their crammed notice board and never-ending to do list.

The idea just wasn’t tickling the taste-buds of the hungry Dragons and so, the hopeful left with nothing.

Something that did appeal to the Dragons’ palate however, was couple, Ashley and Kate’s ‘Selwyn’s Seaweed’ snacks. They are small packets of flavoured seaweed that present a healthy alternative to current snack favourites such as biscuits and crisps… but only hold 4 grams per packet… for 99p.

I don’t know what it is about large personal investments tonight, but the pair had already chipped in £275,000 into the business, which was mostly spent on building a warehouse that isn’t in their name, and operates 3 days a month – worrying right? They were asking for £70,000 Dragon investment in an offer to give up 20 per cent of their business.

Despite the fact they are quite expensive for how much you actually get, I’d probably still buy them. I love seaweed as it is and the appeal towards the healthy nature of the food is something I could see soar in the future. We are currently witnessing a rapidly growing favour of healthy products, and many recognised companies are now jumping on the bandwagon to reduce fat and sugar in their selections.

Although the Dragons generally liked the taste of the product, being labelled as both “expensive” and “risky”, showed that the investment opportunity was just too small for the Dragons to fish out.

Consequently, the couple exited the den with no investment.

Finally, to conclude the series, Simon entered the den seeking a £100,000 investment for a 10 per cent share in his interactive fitness machine company that aims to “make exercise more motivational”.

The machines are fundamentally a funner alternative to standard exercise, using light pods to replicate targets, users can compete with one another in hope to achieve the best score possible.

As the Dragons got down to business after a trial of the machines, Simon was joined by his business advocate, Martin to assist him in the rest of the pitch.

Now, before I carry on, having yet to witness a successful investment-receiving pitch tonight, along with being the last pitch of the series, despite the strategic editing to try and throw you off, it was too predictable that the company will be receiving investment. This much-evolved trend within the series has meant that you have pretty much been able to infer what the fate of each pitch is going to be – this ruins it for me.

Carrying on, the concept of this business actually seems quite fun and perfect for locations such as holiday parks or amusement piers. However, at the start of this review I stressed the importance of numbers which the pair clearly struggled to prioritise. Trying to guess your way out of it doesn’t exactly help you either – the best thing to do is to be honest.

Sharing the hope for the machines to appear in gyms slightly baffled me. Yes, I agree it would make it more interesting, but it takes up a fair amount of space, attracts a lot of attention for someone who may not want it and I essentially couldn’t see it taken seriously in such an environment.

Despite the hiccups on the figures, most Dragons were still willing to invest, and with Sarah and Nick out, the other Dragons were left to battle it out in attempt to reach the top of Simon and Martin’s leader board.

We finally had a deal! The partners had picked their winning deal. A pairing of Deborah and Peter collectively invested £100,000 for an initial 30 per cent share, with a buyback deal on a two year limit.

What a great series it has been, but let’s hope the next isn’t as predictable.