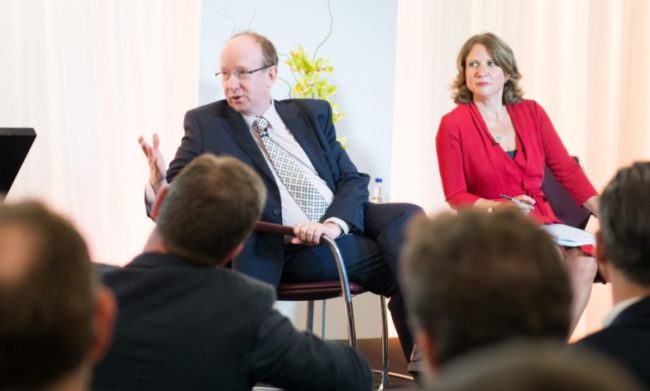 Inevitably the discussion came round to the EU referendum (and football), with Lord Finklestein openly acknowledging that the referendum had been called primarily to sort out the divide in the conservative party, and that people questioning David Cameron’s wisdom in pursuing that aim in this manner ‘shouldn’t underestimate his intelligence’, given the numerous difficult decisions that he has to make, day in day out.

In any successful enterprise, it’s the job of leaders to get everyone involved behind the vision, goals and mission of the business – and to part company with those that won’t buy in. My question was, isn’t this what the leader of the conservative party should have done before the last General Election — unite his party behind him rather than using the potential grenade of a referendum to sort out internal organisational issues?

I’m not naïve. I know getting there wouldn’t be easy. The PM might lose power, the conservative party might split – but sometimes political and business leaders have to grasp the nettle of unpopular causes, and make an unpopular case for what they know will be best for the country in the long term.

Both sides of the referendum campaign sadden me, but Remain even more so for failing to make the positive case for immigration. As with the Scottish independence campaign, it’s centred on scaremongering rather than the positives of EU membership.

No issue is of more importance to growing and innovative businesses than the free movement of people within the EU. As an entrepreneur with a team of 60, I can attest to the fact that we are a far stronger business than we would be without the freedom to recruit and hire from across Europe. Our EU workforce stands at about 15 per cent, and as a proportion of the total it’s on the rise.

That isn’t taking opportunities away from British people – it’s helping to grow the economy and affirm our place as a powerhouse of Europe where enterprise and entrepreneurism can thrive. In sectors like science and technology, there is a shortage of great talent, and the growth of UK tech will simply slow down and move elsewhere in Europe if we leave the EU.

The nay-sayers place far too much emphasis on the minority of immigrants who they claim don’t contribute, but forget about the majority who have had an unquestionably positive impact on our economy, diversity, and what makes the UK the great nation it is.

Leave or Remain, left or right, everyone agrees that the EU needs reform. But rather than the defeatist approach of leaving, let’s take advantage of our size and position inside to make change happen. To his credit, David Cameron has shown leadership in this area. Yes – we’d have liked to have more from the last round of negotiations– but it’s a feature of negotiation that you can’t expect to get everything the first time you go in.

Thursday will be a sad day for our country should we decide to leave. Hopefully we’ll get a decisive result to remain and can then continue being the outward-looking nation we should be, with a highly-skilled workforce that truly represents the Best of British.

— Michael Nabarro is co-founder and CEO of London-based Spektrix.