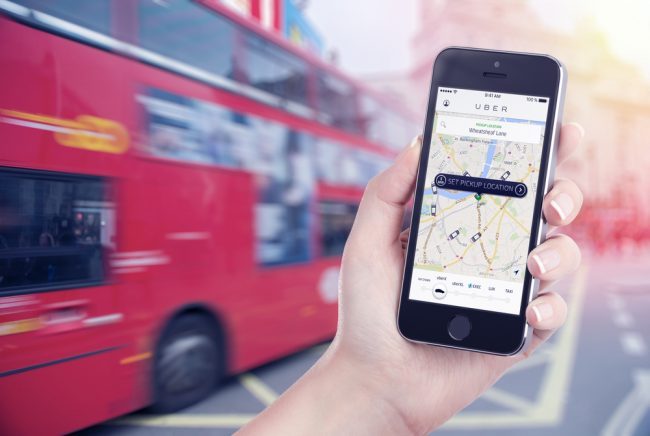 Taxi-hailing app Uber has launched a legal bid to stop Transport for London forcing its drivers to take a written English test, reports The Guardian.

From 1 October, anyone from a non-English-speaking country who applies for a private hire driver licence or to renew an existing licence in London will have to prove that they have passed an exam in English.

Uber has submitted an application for a judicial review in the high court in London to block TfL’s plans, but the transport authority said it would defend its proposals in court.

The San Francisco-based firm has railed against the requirement, saying that although drivers should be able to speak English, requiring them to pass a written exam would put many out of business. Uber also objects to plans to force taxi firms to operate a London call centre and requiring drivers to have commercial insurance for vehicles even when they are not being used as private hire cars.

“This legal action is very much a last resort,” said Tom Elvidge, Uber’s general manager for London. “We’re particularly disappointed that, after a lengthy consultation process with Transport for London, the goalposts have moved at the last minute and new rules are now being introduced that will be bad for both drivers and tech companies like Uber.”

Initial proposals from TfL called for proficiency only in spoken English, but updated plans include a requirement to pass a two-hour written exam as well, which will cost £200 to sit. Drivers from a range of English-speaking countries such as New Zealand and Jamaica are not required to take the test, a discrepancy Uber is expected to challenge in court under the Equality Act.

A TfL spokesman said: “These [measures] have been introduced to enhance public safety when using private hire services and we are determined to create a vibrant taxi and private hire market with space for all providers to flourish.”

Sample papers for the exams include an “extended writing” task in which candidates are asked to write a short essay.

One question reads: “Write an essay (100-130 words) for your teacher about a festival in a country you know.” Another reads: “A friend in another town is going to study at your college and wants to know about the college rules. Write a letter to your friend (100-130 words).”

In an email to Uber users, Elvidge said the exam demands a higher level of English than the British citizenship test, which only asks for speaking and listening skills.

The requirement also exceeds the level demanded of government employees in “customer-facing roles”, such as a teaching assistant or someone answering the phone in a local authority office.

The court case over the English test is the latest wrangle Uber has been involved in as it seeks to expand its business in London. Last October, the high court ruled that Uber’s app was legal in the city after TfL brought a case claiming the app was a taximeter, which only black-cab drivers are allowed to use.

The English test builds on proposals set out last year by then London mayor Boris Johnson. However, Johnson dropped some of the most rigorous proposals, such as charging operators more for a minicab licence or enforcing a minimum five-minute period between ordering a cab and starting the journey.

Uber has faced hostility from London’s black-cab drivers and taxi firms such as Addison Lee, which claim the app allows unregulated drivers free rein on the city’s streets. It is also waiting to hear the result of an employment tribunal at which a group of its drivers claimed they should also get the benefits received by permanent employees.

Uber’s battles in London are part of a running global tussle pitting the company against taxi drivers, politicians and regulators. In June, a French court fined Uber and two of its executives for running an illegal transport service with non-professional drivers.

Earlier in August, Uber agreed to sell its Chinese operation to its local rival Didi Chuxing, ending a year-long standoff between the companies. The deal drew a line under $2bn (£1.5bn) of losses for Uber in China over the past two years.