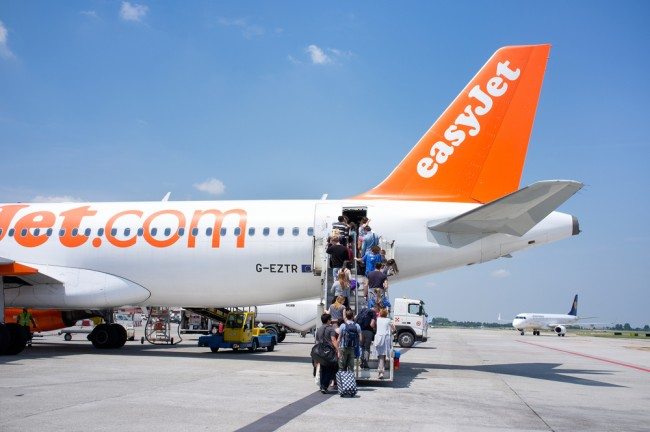 The short-haul airline expects profits of up to £700 million for its financial year, which closes at the end of this month.

The Times reports that a new forecast made easyJet’s shares among the top risers in the FTSE 100 yesterday, up more than 5 per cent at £17.62.

“The best route network connecting Europe’s primary airports . . . meant that easyJet was best placed to maximise the strong late summer demand from UK passengers to get away,” said Carolyn McCall, the chief executive.

That late demand meant that easyJet planes have never flown so full, with load factors of 94.4 per cent in August against an average of 91.4 per cent for the year as a whole.

The so-called yield management systems of airlines such as easyJet means that late bookers may have to pay three times the average fare for the flight. As the aircraft is flying anyway, most of that additional revenue falls directly to the bottom line.

They include people being put off sun holidays earlier because of the Greek economic crisis and the Tunisian terrorist beach attacks; Britons waking up late to how much cheaper European holidays are this year because of the strength of sterling over the euro; and for some parts of the country it was the wettest August on record.

Even after expanding to bases around the Continent, easyJet still has 40 per cent of its 68 million passengers a year originating in Britain, where it is the biggest airline for both Gatwick and Luton airports.

The better than expected performance at easyJet comes a day after Ryanair reported a record summer in which it carried 30 million passengers, more than many international carriers fly in a year.

Yesterday International Consolidated Airlines reported a 12 per cent growth in passenger numbers to 9.1 million during August. Much of that came from its Spanish-based Iberia and Vueling operations rather than British Airways.

Wizz Air, the rising force in low-cost airlines in the east of Europe and the second biggest airline at Luton airport,carried 1.99 million people last month, up 19 per cent on the year.