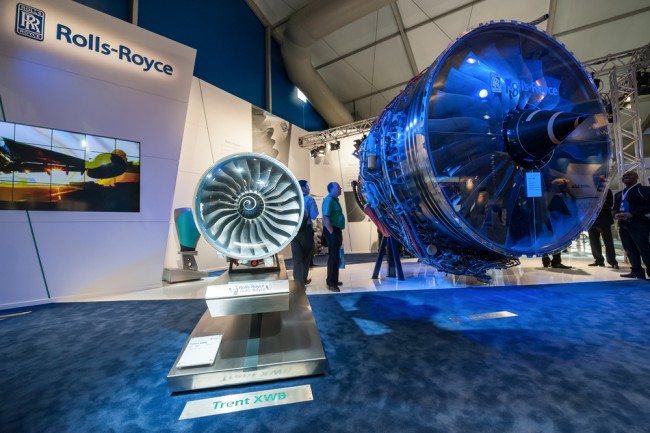 ValueAct Capital, which is based in San Francisco, is renowned for pushing companies for radical change but prefers to operate behind the scenes rather than make its case through public announcements. In the past it has targeted Microsoft and mobile phone maker Motorola, often looking for the company to sell itself or hive off assets.

The hedge fund is thought to have been building a stake in Rolls-Royce since last summer and is now the aerospace and defence group’s biggest investor ahead of Aberdeen Asset Management, BlackRock and Invesco.

According to The Guardian, shares in Rolls-Royce rose 44.5p, or 6 per cent, to 794.5p after ValueAct’s investment was revealed in a stock market filing.

ValueAct’s stake-building comes at a vital moment for the Derby-based group. On Thursday, the company reported that profits have slumped by more than half on the back of falling demand for its jet engines. Warren East, Rolls’ new chief executive, is also leading a review of the engineer, pledging to make it a faster-moving and less complex business.

Rolls has issued four profit warnings in the last 18 months and is under pressure on a number of fronts. Demand for its best-selling Trent 700 engine is waning as airliners wait for the launch of the new Airbus A330neo long-haul jet, while falling oil prices have exposed its marine business, which makes parts for offshore oil and gas platforms, leading to a 90 per cent fall in profits at the unit in the first half of 2015.

Rolls has five divisions: civil aerospace; defence; marine; power systems and nuclear. However, earlier this year Sequoia Fund, another US hedge fund, accused Rolls of being “willing to destroy shareholder value” by branching out from manufacturing jet engines. In an open letter it said a “tough-minded activist” investor was needed to drive change in the face of “stubborn and entrenched” management.

Since then John Rishton has stood down as chief executive and replaced by East, the former boss of Arm Holdings, which makes microchips for Apple.

In a statement, Rolls-Royce said: “We welcome any investor who recognises the long-term value of our business. We have frequent communication with all of our shareholders and meet with major investors on a regular basis. We look forward to engaging with ValueAct, just as we do with all investors.”

East has said he will unveil the findings of his operational review of the group by the end of 2015. This review will focus on adding “pace and simplicity” to the company.

However, he pointed to a £2.8bn rise in the company’s order book to £76.5bn as evidence that Rolls remains in robust health.

“I am doing what any new CEO would do and getting my head around the operations,” East said. “I am looking at whether what we are doing is necessary, and could we do it faster and better. I am not ruling anything in or anything out at this stage. But Rolls is a sound business.”