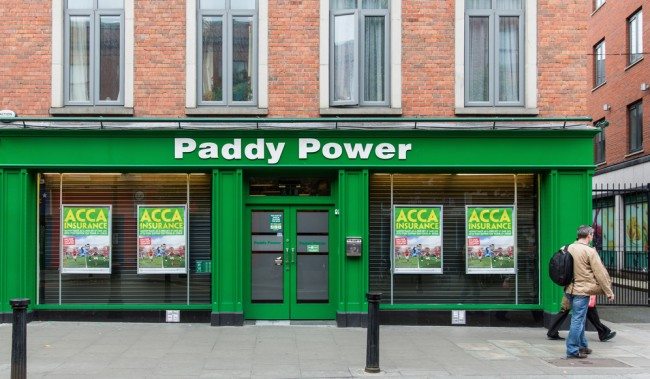 The Guardian reports that the deal would combine Paddy Power, the aggressive Irish bookmaker that courts controversy and operates on UK and Irish high streets and online, with Betfair’s online gambling exchange, which lets punters bet against each other in real time instead of accepting bookies’ odds.

The combined company would have revenues of more than £1.1bn, greater scale to compete for customers and brands that complement each other, they said. It would also have opportunities to expand in Europe, the US and Australia and to cut costs.

Paddy Power and Betfair said: “The combination has compelling strategic logic and represents an attractive opportunity for both companies to enhance their position in online betting and gaming and to deliver synergies, customer benefits and shareholder value.”

The companies announced the deal two months after Ladbrokes and Gala Coral revealed plans to create the UK’s biggest bookmaker. In other strategic moves, online gaming group 888 has agreed to buy its rival Bwin.party but GVC Holding, owner of Sportingbet, is trying to hijack the deal to buy Bwin.

The flurry of dealmaking in the gambling sector is the result of new taxes on online gambling around the world and the need to invest in marketing and technology to compete in the fast-changing world of internet betting.

Corcoran has been credited with turning around the fortunes of Betfair. Since taking the helm, he has increased UK customer numbers by 250 per cent and Betfair’s share value has risen from about £750m to £2.4bn. The company has developed an online conventional bookmaking service to complement the betting exchange product.