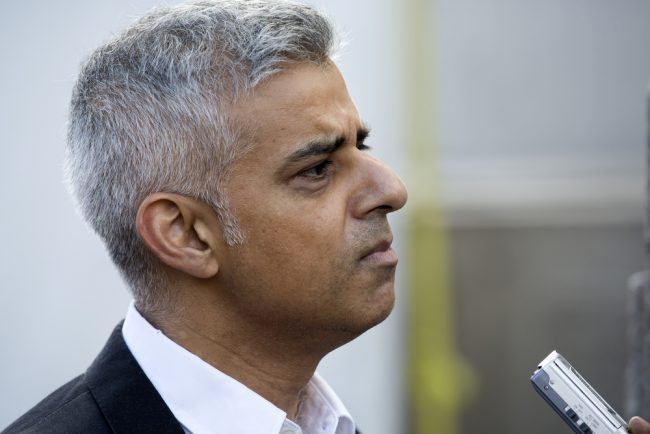 Sadiq Khan hailed the London Co-investment Fund, which makes investments in early-stage tech, science and digital startups across the capital alongside private firms, as a boost for business in London, reports City AM.

“I have promised to be the most pro-business mayor that London has ever had – and now I’m delivering on that promise,” he said.

“And our great city is fertile ground for promising startup business from a whole range of sectors. The level of investment being made and the performance powering forward shows very clearly how London is open to new talent and innovative ideas.”

The mayor is set to announce his 16-strong business advisory board on Monday morning which will guide City Hall on navigating the needs of business and push London’s economy forward in the wake of the Brexit vote.

Facebook’s top boss in Europe Nicola Mendelsohn, co-founder and chief of Decoded Kathryn Parsons, Omid Ashtar, the general manager of star startup Citymapper, and co-founder and chief executive of Unruly Sarah Wood are among the city’s well known entrepreneurs to join the board.

“My high-quality Business Advisory Board will bring great insight, innovation and creativity to bear on developing ideas that increase our competitiveness and prosperity, and spread the opportunity that brings to all Londoners,” Khan will say.

“London business is still coming to terms with the recent vote to leave the European Union and I am looking forward to working with the business advisory board to strengthen London’s shield against the expected blows from Brexit and to seize the opportunities to show how London is open to jobs, growth and investment.”

he panel, whose members include 10 women and five from black, Asian and ethnic minority backgrounds (BAME), will meet with Khan and deputy mayor for Business Rajesh Agrawal at least four times a year.

The most recent investment brings total funding in the two years since the scheme started to more than £11m for 67 businesses, with private sector cash alongside it bringing the total to £70m, and creating 450 jobs. The London Co-Investment Fund is the sixth most active venture capital investor in Europe since the start of 2015 in terms of the number of deals, according to data firm Pitchbook.

Since the EU referendum, 20 startups have landed funding from City Hall, which retains a stake in the businesses. They include MoM Incubators, the company behind inflatable incubators to save premature babies, valet parking on-demand service Vallie and office space rental firm Hubble among them.

The founder of smart energy firm Powervault, Joe Warren, said: “The additional investment of £80,000 in July this year helped catalyse a further £1.4m from other institutional, angel and crowd investors.

”The fund’s support has led to the creation of eight skilled jobs in London’s smart energy sector. City Hall has also helped by making relevant introductions and by responding to consultations with us, helping us to shape policy in the sector.”

It comes just days after the chancellor Philip Hammond promised £400m of venture capital investment for the country’s startups in the Autumn Statement, which is expected to unlock up to £1bn for firms along with private investment.

Meet the startups benefiting from the London Co-investment Fund