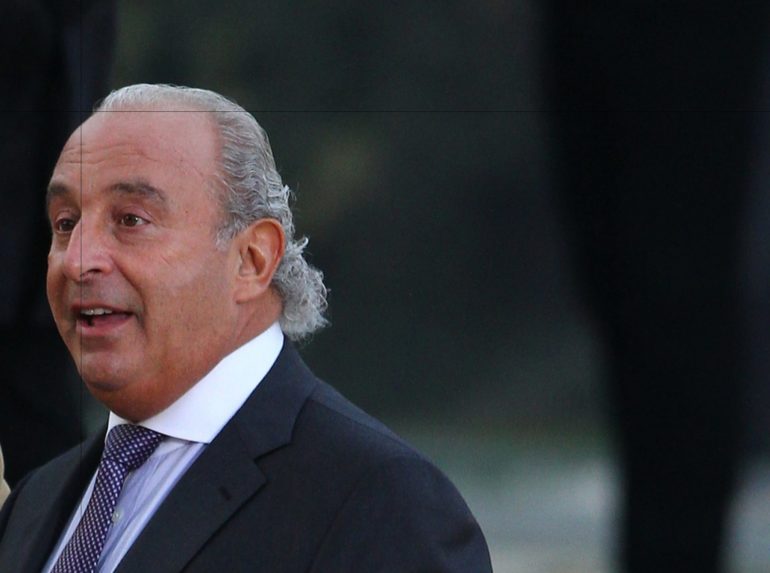 Pensions Regulator publishes report into how tycoon was pushed into agreeing to pay £363m to rescue retailer’s scheme.

Sir Philip Green was pushed to pay into BHS’s pension after the industry regulator found the “main purpose” in selling the department store was to prevent taking on liability for the scheme, The Guardian reports.

The Pension Regulator on Tuesday published its report into a deal under which Green agreed to hand over £363m in cash to rescue the BHS pension scheme, and settle one of the biggest City rows of recent years.

The department store collapsed in April 2016 leading to the loss of 11,000 jobs and leaving a pension deficit assessed at up to £571m. Just under a year before that Green had sold the business for £1 to a former bankrupt with no experience of retail.

It took months of negotiations and the threat of legal action by the regulator before Green agreed a voluntary settlement on funding the pension scheme.

The regulator’s report says that Green personally took an “active interest” in negotiations with the pension trustees throughout his period in control of the company, including investment issues. Under his tenure, the scheme went from a surplus into a deficit.

That close involvement, which continued even after BHS had been sold, bolstered the regulator’s case for recompense from the billionaire.

It also says that it had found that “the main purpose of the sale of BHS was to postpone BHS’s insolvency to prevent a liability to the schemes falling due while it was part of the Taveta group of companies ultimately owned by the Green family, and/or that the effect of the sale was materially detrimental to the schemes.”

A spokesman for Green said: “This is the first and possibly the only time that a private individual, who has not been found to have done anything wrong, has voluntarily rescued a pension scheme. The matter is now closed.”

The regulator’s report said that since agreeing the funding arrangement with Green the BHS scheme now had a £100m surplus.

However, Frank Field MP, who was head of the Commons work and pensions select committee until the recent election and led an investigation into the BHS debacle, said the report did not provide sufficient information for the public to judge if the regulator had got a good deal.

“This report confirms that Sir Philip Green stripped BHS bare and then left it for dead, with contemptuous disregard for the pensioners. But we knew that,” he said.

“What this watered-down version of events doesn’t let us do is assess the strength of the Pensions Regulator’s case against Sir Philip, and how well they played that hand.

“Understanding that is fundamental to getting a regulatory regime in place that will stop a repeat of BHS. Of course, the regulator and Sir Philip have a shared interest in keeping the details quiet. But that cannot be the public interest.”

John Ralfe, an independent pension expert, said that the report indicated that the regulator did not have a strong legal case against Green. “It shows they are prepared to start a legal process without a real smoking gun,” he said.

The regulator said it recognised it needed to act more proactively and efficiently in and should “be more outcome-focused” in the wake of the BHS debacle. It said is seeking funding from government to increase its frontline staff so that it can take on more cases in which it seeks to improve funding for at risk pension schemes.

Nicola Parish, executive director of frontline regulation at the Pensions Regulator, said: “The report highlights the lessons we have learned from this case about how we can regulate more effectively.

“We are already acting more quickly to intervene where we consider schemes to be underfunded, or where there are indications that employers may be avoiding their responsibilities.”

Just months before finalising the deal with Green, the regulator agreed its biggest ever settlement with a private company with Coats Group, the sewing threads manufacturer, which agreed to pay more than £255m.

The regulator is also taking action against Dominic Chappell and Retail Acquisitions Ltd (RAL), the group which bought BHS from Green.