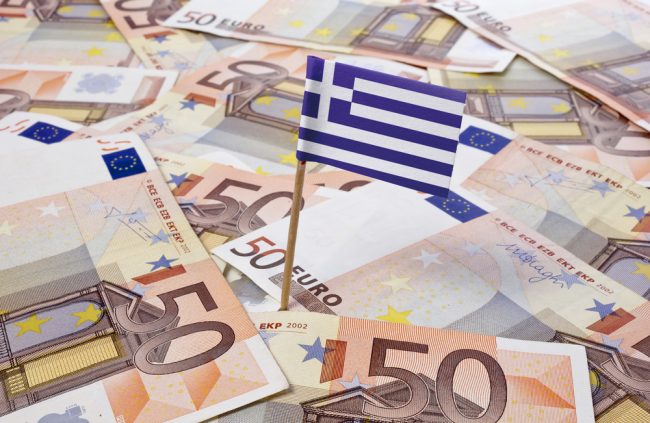 Greece and officials from the “troika” of the European Union, European Central Bank and International Monetary Fund are in crunch talks in Athens to finish a vital review of the €86bn bail-out of the Mediterranean nation before talks in Amsterdam between by 19 eurozone finance ministers on Friday, reports The Telegraph.

Ahead of the meeting, fresh data released by the EU’s Eurostat statistics agency showed that Greece’s public spending last year, not counting the heavy cost of borrowing, delivered a surplus of 0.7pc of GDP.

This was “indeed substantively better than the bail-out programme’s fiscal target of a primary deficit of 0.25pc of GDP for 2015,” spokesman for the European Commission said, adding that “talks are continuing in Athens with a view of concluding the review as soon as possible”.

Greece’s already precarious position within the EU could be further put at risk in the event of a vote by Britain to leave the union, with fears “Brexit” could see Greece crash out as soon as the summer.

Any further payout of Greece’s third bail-out in five years depends on the conclusion of the review, which has been delayed since last autumn by disagreements over pension cuts and bad loans.

A row between the IMF and the European institutions in charge of the bail-out has also slowed progress. The two sides differ over debt relief and present conflicting data on the state of the Greek economy.

Debt relief is a key condition for the IMF to continue to support the Greek bail-out. The fund also requires much deeper cuts to Greek pensions than what have so far been offered.

As a compromise, the IMF and EU are drawing up contingency reforms to impose on Athens in the case of missed targets.

“We have a deal on about everything except on the pension reform front,” said Georges Katrougalos, Greece’s employment minister, after a meeting with Alexis Tsipras, the prime minister.

Mr Katrougalos added that a law reforming pensions is about to be put before the Greek parliament.

A eurozone official, who spoke on the condition of anonymity, said the finance ministers meeting in Amsterdam would give important signals on how things will move forward for Athens.

“We will have to see if the signal from the ministers in the Eurogroup (of eurozone finance ministers) is a positive one,” the official said.