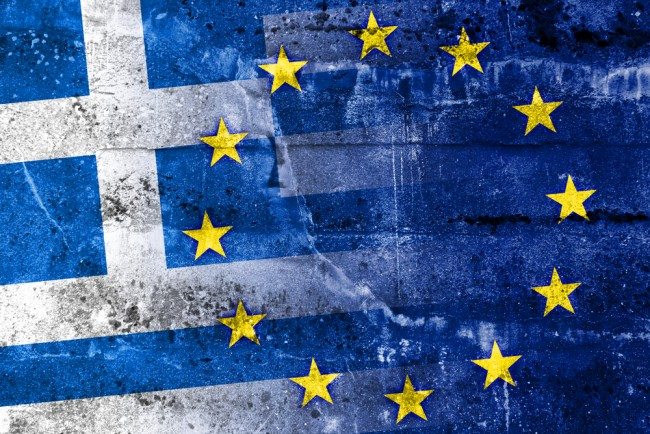 Greece is sliding into a full-blown national crisis as the final cash reserves of the banking system evaporate by the hour and swathes of industry start to shut down, precipitating the near disintegration of the ruling coalition, reports The Telegraph.

Business leaders have been locked in talks with the Bank of Greece, pleading for the immediate release of emergency liquidity funds (ELA) to cover food imports and pharmaceutical goods before the tourist sector hits a brick wall.

Officials say the central bank will release the funds as soon as Friday, but this is a stop-gap measure at best. “We are on a war footing in this country,” said Yanis Varoufakis, the Greek finance minister.

The daily allowance of cash from many ATM machines has already dropped from €60 to €50, purportedly because €20 notes are running out. Large numbers are empty. The financial contagion is spreading fast as petrol stations and small businesses stop accepting credit cards.

Constantine Michalos, head of the Hellenic Chambers of Commerce, said lenders are simply running out of money. “We are reliably informed that the cash reserves of the banks are down to €500m. Anybody who thinks they are going to open again on Tuesday is day-dreaming. The cash would not last an hour,” he said.
“We are in an extremely dangerous situation. Greek companies have been excluded from the electronic transfers of Europe’s Target2 system. The entire Greek business community is unable to import anything, and without raw materials they can’t produce anything,” he said.

Pavlos Deas, owner of an olive processing factory in Chalkidiki, told The Telegraph that he may have to shut down a plant employing 250 people within days.

“We can’t send any money abroad to our suppliers. Three of our containers have been stopped at customs control because the banks can’t give a bill of lading. One is full of Spanish almonds, the others full of Chinese garlic,” he said.

“We don’t know how we are going to execute and export an order of 60 containers for the US. We don’t even have enough gas. We asked for 10,000 litres but they are only letting us have 2,000. It’s being rationed by the day. Factories are closing around us in a domino effect and we’re all going to lose everything if this goes on,” he said.

The fast-moving events come amid signs of deep dissension within the coalition over the wisdom of the country’s referendum this Sunday. The vote was originally intended to secure a stronger negotiating mandate for a showdown with Europe’s creditor powers, but it is rapidly turning into an “in-or-out” decision on euro membership and the survival of the Syriza government.

Four members of the nationalist Independent Greeks party (Anel) – the junior partners – said they would break ranks and vote “Yes” to creditor demands – though no offer is now on the table – admitting that they were aghast by the closure of the banking system and the drastic events of recent days.

The party’s hardline chief and defence minister, Panos Kammenos, dismissed them contemptuously. “We are at war and there will be no backing down. Whoever does not have the stomach for war, be gone,” he said.

Mr Varoufakis vowed to resign if the Greek people voted yes. “I prefer to cut off my own arm rather than sign an agreement without debt restructuring,” he told Bloomberg TV.

He said there is not a “smidgeon of an iota of possibility” that the terms on offer can lift the Greek economy out of a deflationary tailspin, insisting that the talks broke down because the creditors refused to face up to the fact that Greece’s debt is unpayable.

The International Monetary Fund has tacitly endorsed his claims, admitting that the country needs large-scale debt relief and €50bn of fresh funds over the next three years to give the economy time to recover.

Mr Varoufakis said acceptance of the creditors’s proposals would merely mean another bruising fight in a few months’ time and a permanent cycle of hostility.

The mood within the Syriza movement is increasingly bitter and polarized. One MP appeared to have lost confidence in the party leadership. “We have had months of childish tactics. They thought they could blackmail Europe into making concessions instead of going to the root of the problem facing this country and accepting that we have to break free altogether. They don’t know what they are doing”.

Private citizens have requested an injunction from Greece’s top court to halt the referendum, claiming it is unconstitutional. Yiorgos Kaminis, the mayor of Athens, said the vote on a creditor package that no longer even exists – and with a question that nobody understands – reduces the country to ridicule.