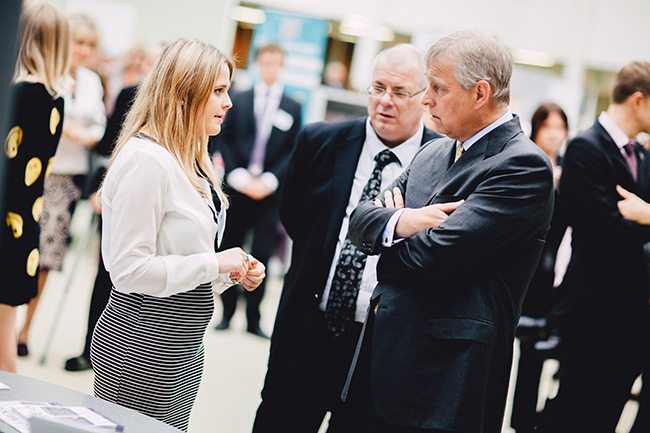 The Duke of York has said that UK businesses face several years of uncertainty and upheaval due to Brexit.

However, businesses should make the most of new international opportunities, Prince Andrew said.

He added that he is “as much in the dark as anyone else” about Brexit.

It’s highly unusual for members of the Royal Family to comment publicly on contentious political issues and Prince Andrew is the first senior member of his family to address Brexit.

He told the BBC’s Sharanjit Leyl that firms were cautious about Brexit, but that the UK “should be engaging with as many different markets as we possibly can and looking at the best of things rather than necessarily the worst of things”.

The prince added: “You can either look at it as a glass half-empty – which is: ‘Oh my God, why have we done this?’

“Or you could look at it as a glass half-full, which is: ‘Ok, that’s where we are. There are opportunities that we’ve got to make.’

“So… you may lose one thing but you may gain something else.

“The world is your oyster.”

There are business opportunities in the 52 Commonwealth nations, as well as China and the US, the duke said.

“We’ve been concentrating on 27 countries, if you take that as an internal market.

“There’s an external market that’s a lot bigger, and many businesses hadn’t looked over that garden fence to some extent.

“And in my experience recently, businesses that look over the garden fence have gone: “Hmm, [the] grass is not quite as dark and unforgiving as you might expect.

“And actually, getting over the fence, there might be some fresh grass out there.”

The Queen’s son was in Singapore to attend a Commonwealth science conference.

He was also hosting Pitch@Palace, a programme he started to support entrepreneurs from the UK and around the world.

Prince Andrew was a trade envoy for the UK from 2001 until mid-2011, when he stepped down.

His remit was to promote UK business interests abroad.