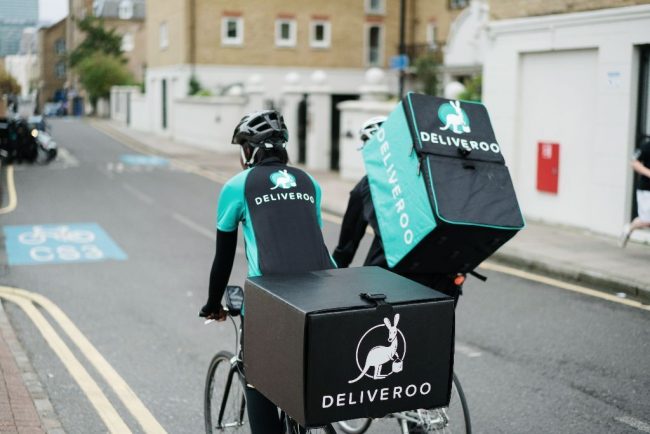 Self-employed workers for restaurant delivery firm Deliveroo are being told in their contracts that they cannot go to court to try to be recognised as staff members with the firm, reports The Guardian.

A clause in supplier contracts for the company says cyclists working for it cannot go to an employment tribunal if they are unhappy with their current status. If they do they must pay the company’s costs.

However, the clause is unenforceable and may be designed just to put people off following the example of workers elsewhere and taking action, a lawyer has said.

The firm, which sends cyclists to restaurants to pick up orders for customers, is one of a number of companies in the spotlight for their use of self-employed workers, who have fewer rights than staff members. The workers are paid around £7 an hour plus an extra fee for each delivery, provide their own transport and phone, and are responsible for costs such as national insurance.

Last week, the Guardian revealed that some workers for the parcel firm Hermes claimed to have earned as little as £5.50 an hour over some periods, although the company said its network of couriers received the equivalent of £9.80 an hour on average. “We believe all Hermes couriers will receive parcel delivery and collection rates that will give them the ability to earn at a level that is at least equal to the national living wage,” the company said.

A group of drivers for the car-hailing firm Uber are currently involved in a court case to try to prove that they are in fact employees and should be entitled to rights such as the living wage, pensions and sick pay. Uber is arguing that it is a technology company rather than a transport provider, working with “driver partners” and offering them flexibility to control how much and often they work.

In Deliveroo’s contract with suppliers it tells them that they are not allowed to take such action. One clause reads: “You further warrant that neither you nor anyone acting on your behalf will present any claim in the employment tribunal or any civil court in which it is contended that you are either an employee or a worker.”

While a further clause states that if they do take legal action they must “indemnify and keep indemnified Deliveroo against costs (including legal costs) and expenses that it incurs”.

Michael Newman, partner at law firm Leigh Day, which is representing the Uber drivers in their case, has seen the Deliveroo contracts. He said the clauses were likely to be unenforceable because they attempted to exclude or limit established employment rights, and imposed penalties.

“Penalty clauses in contracts are unenforceable and it is likely that any clause attempting to bar access to an employment tribunal would be seen as without commercial justification and unconscionable, and therefore a penalty,” he said.

“If it was two sophisticated parties with legal advisers, for example two big businesses, it might be decided that they had equal bargaining power, making it less likely to be a penalty clause. With Deliveroo there is no such equality – they are using a standard contract on a take-it-or-leave-it basis, and the worker couldn’t bargain with them. They either just sign the contract or walk away.”

Newman said he had seen similar clauses before, but not in the other technology companies under the spotlight. “They’re put there to scare the worker. They are going to think twice before they do anything,” he said. He added that the clauses would also drag out the legal process for anyone who did challenge their position.

Deliveroo said: “We provide a platform for people to work with us on a freelance basis. This allows riders to work flexibly around another commitment, like studying or other work. We’ve worked with legal experts to design our contracts to reflect that and we’re proud to be creating opportunities for over 5,000 riders across the UK.”