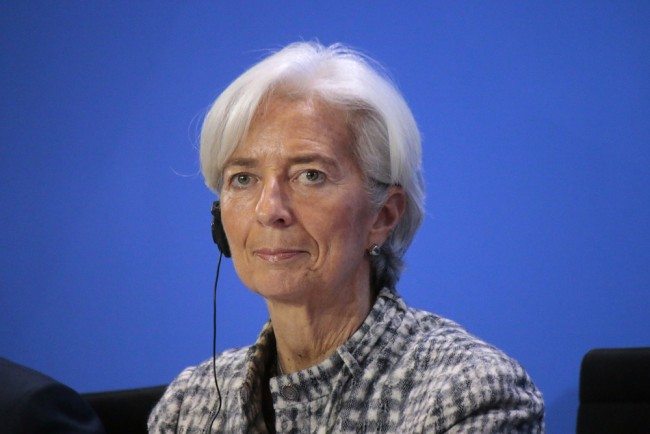 In a downbeat report that charted the increasing risk of a global slowdown, the IMF said finance ministers attending the conference in the Turkish capital needed to maintain government spending despite the still high public-sector debts left over from the 2008 banking crash.

According to The Guardian, emerging economies reliant on the sale of oil and basic commodities would be especially vulnerable to a decline in trade with Beijing, which has soaked up much of the world’s resources in the last decade.

“Risks are tilted to the downside, and a simultaneous realisation of some of these risks would imply a much weaker outlook,” it said, reinforcing a warning from the IMF boss, Christine Lagarde, earlier this week.

The report by the Washington-based lender of last resort came as stock markets rallied following steep falls across the world the previous day. In New York the Dow Jones was 100 points higher, while the FTSE-100 index of leading UK firms echoed continental exchanges to climb 0.4 per cent to 6,083. The German Dax added 32 points, while the French CAC put on 14 points as both rose 0.3 per cent.

The Dow improved after industry figures showed US businesses added jobs at a steady pace last month, with most of the gains in the construction sector, which has boomed in response to a resurgence of housebuying.

Manufacturing also showed solid gains, with few signs of factory closures or layoffs in response to falling exports to China.

Analysts said the figures suggested that turmoil in the financial markets and worries about faltering growth in China have not yet had much impact on the US job market.

A solid performance for the UK construction sector had also boosted investor confidence. The CIPS/Markit survey of the industry showed the housebuilding sector expanding quickly alongside an improving demand for commercial building work.

Earlier, the Shanghai market had tumbled to a 4 per cent loss until the China Financial Futures Exchange said it would take further steps to curb excessive speculation in stock index futures trading.

The European Central Bank meets on Thursday to consider a further loosening of its monetary policy to combat threats from China to the eurozone’s steady recovery. The ECB president, Mario Draghi, is expected to say that the bank considered, but rejected, expanding its quantitative easing programme, which is currently pumping €85bn (£62bn) into the banking system each month to support extra lending.

Analysts said it was possible the ECB could step in later this year if declines in global trade continued to damage the prospects for the eurozone economy.

Speaking ahead of his arrival at the G20 conference, Pierre Moscovici, the EU commissioner for economic affairs, said any threat to global growth posed by China’s slowdown would be tackled by the eurozone international economic authorities.

He said: “I’m reasonably optimistic and confident as far as the EU and eurozone is concerned. I think these economies are robust enough to resist some uncertainty which could come from other markets, knowing the authorities – monetary and political authorities in China and also the outside world – are ready to address those questions.”

Fears that higher interest rates in the US will send the dollar soaring, raising the costs to emerging economies of financing their massive dollar debts, have dogged financial markets all year. Figures showing a sharp slowdown in China’s manufacturing output further spooked markets last month.

The Federal Reserve was expected to make its first move to raise credit costs at its meeting later this month, hiking interest rates by 0.25 percentage points, but is now likely to delay the decision until later this year.