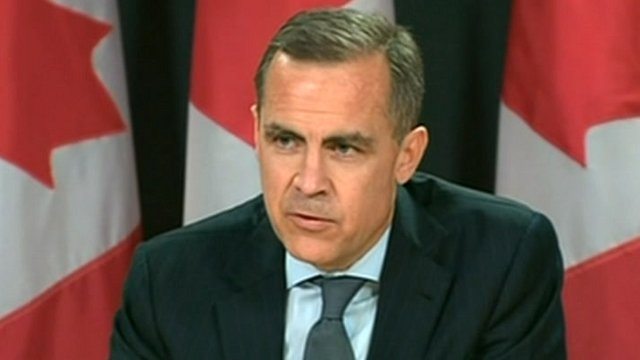 Mr Carney, a former Goldman Sachs manager who will take over from Sir Mervyn King next June, was praised for his “pragmatic” response to the financial crisis and global recession, with Canada one of the few leading nations to escape without a bank bailout.

Considered to be more “hawkish” than Sir Mervyn after raising interest rates in Canada to offset a housing bubble, Mr Carney could move the Bank more quickly towards rate rises and unwinding quantitative easing, reports The Telegraph.

A track record for cracking down on the banking sector also left Britain’s lenders as the biggest fallers on the stock market on Monday. As head of global financial regulation, he is expected to be able to drive through potentially painful reforms to make them more robust .

A willingness to try radical solutions – such as his unusual commitment to keep interest rates at rock bottom for a year in the depths of the crisis in 2009 – was widely welcomed after two years of predictable policy and economic stagnation in the UK.

Kevin Daly, UK economist at Goldman Sachs, said: “He has a reputation for being a policy pragmatist and innovator. Relative to the conservative approach the Bank has adopted under King’s stewardship, it is also possible that Carney may be prepared to engage in more unconventional forms of QE.”

The Bank of Canada Governor will become the first foreign head of Britain’s central bank in its 318-year history and will join at a time of both deep economic stress in the UK and upheaval within the Bank itself. He will see through reforms that will give the Bank responsibility for both interest rates and financial stability – setting policies that will impact every household in the UK, from mortgage rates to simple access to credit. As Governor of the new Bank, he will be the most powerful unelected official in Britain.

In winning the role, Mr Carney, 47, defeated Paul Tucker, his colleague at the global Financial Stability Board, the Bank’s deputy governor – and the over-riding favourite for the post. To help smooth the transition, Charlie Bean, the Bank’s other deputy governor, has agreed to stay on for an extra year to 2014.

Mr Carney studied economics at Oxford and spent a decade in London and was an early favourite after the Chancellor approached him in February, but he appeared to rule himself out of the race in August. George Osborne re-established contact in October, when he made two concessions to convince Mr Carney to take the job – to give him special dispensation to serve just five years instead of eight and to delay his formal application until his interview just nine days ago.

He will be asked to make his economic views clear to the Treasury committee in a pre-appointment hearing next year. Stephen Lewis at Monument Securities said: “I think the markets will interpret this as ushering in a tighter monetary stance.”