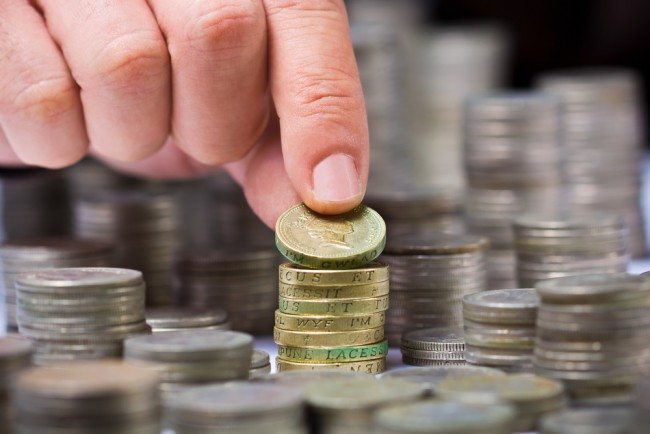 An initial cut of £8bn in welfare over two years was being predicted on Tuesday night, closer to the pace of welfare cuts agreed under the previous coalition government and intended to protect Osborne from criticism he is likely to face from Labour and charities.

According to The Guardian, the scheme would mean that the plan to cut £12bn by 2017-18 has been altered to give the work and pensions secretary Iain Duncan Smith an extra year to implement the savings.

The budget will also set out plans first laid out in the Conservative election manifesto to raise the 40p tax threshold. The manifesto proposed that, from April 2016, the 40p rate should only kick in when earnings reach £42,700 and, from April 2017, when they reach £43,300. Officials added the rate would rise further to £45,020 in 2019.

The change is estimated to cost the exchequer £1.68bn by 2019-20. The tax break for the middle class will be defended on the basis that a failure in the past to raise the threshold has brought more people into the 40p rate.

The changes to welfare, the biggest test of Osborne’s political judgement since his “omnishambles” budget in 2012, also leave in question the future design of universal credit, the government’s major integration of in- and and out-of-work benefits. The cuts will probably put hundreds of thousands of families into poverty under the definitions the government abolished only last week.

It is expected Osborne will urge more employers to improve the skills of their workforce and to pay the living wage as a way of filling the hole left by the cut in work tax credits and in housing benefit. But he is not expected to impose any requirement on companies to pay the living wage, but instead point to the plan to enshrine a tax-free minimum wage in law and to raise the personal tax allowance to £12,500 by 2020.

Some Tory pressure groups are still hoping Osborne will commit to measures to incentivise companies to pay the living wage, currently set at £9.15 an hour in London and £7.85 an hour in the rest of the UK, as opposed to the national minimum wage of £6.50 an hour for over 21s.

Labour said the government was involved in a systematic attempt to discredit the welfare state constructed by Labour’s Gordon Brown. The party said that if tax credits were cut back to 2003-04 levels, a saving of £5bn, then 3.7 million families in work will suffer an average income loss of £1,400 a year. The reform would also mean that 300,000 families would fall into relative poverty.

The shadow treasury minister, Shabana Mahmood, claimed the minimum wage, which is set to rise to £6.70 an hour in October for workers aged 21 and over, would need to rise overnight by 25% should the government make the predicted changes to tax credits.

“Without tax credits to help them through, those who are working and stuck on low pay simply cannot make ends meet,” she said.

The Resolution Foundation has calculated that if income was to match the current value of the living wage, an average rise of 80 per cent would be necessary – since the living wage takes in to account the payment of tax credits

But Osborne will point to the dramatic events in the eurozone, and the crisis in Greece, to argue the government has no choice but to continue to put deficit reduction at the heart of the budget.

He will tell MPs: “Our long-term economic plan is working. But the greatest mistake this country could make would be to think all our problems are solved.

“You only have to look at the crisis unfolding in Greece as I speak to realise that if a country is not in control of its borrowing, the borrowing takes control of the country.”

He will argue that if welfare is not cut in this emergency budget, other departmental spending will have to be reduced even more in the autumn spending review.

During the election, Osborne reduced his room for manoeuvre by ruling out increases in income tax, VAT and corporation tax, and has set a long-term commitment to lift the personal tax allowance to £12,500 by the end of the parliament.

Osborne, with his own chances of taking the leadership reins from David Cameron at stake, will try to lift the sights of the country beyond deficit reduction and impress voters that the Conservatives have a coherent positive agenda.

He is expected to promise to be “bold in transforming education, bold in reforming welfare, bold in delivering infrastructure, bold in building the ‘northern powerhouse’, bold in backing the aspirations of working people … it is a budget that sets the way to secure Britain’s future”.

Cameron has already tried to pave the way for the reforms promised to end the merry-go-round of tax credits and housing benefit saying he wants to shift to a low tax, high wage and low welfare economy.

The Treasury economic secretary, David Gauke, speaking in the Commons, prepared the ground for the welfare cuts by describing the current welfare state as “financially and morally unsustainable”. He claimed the cost of tax credits had risen from 2003 to 2010-11 by 180 per cent.