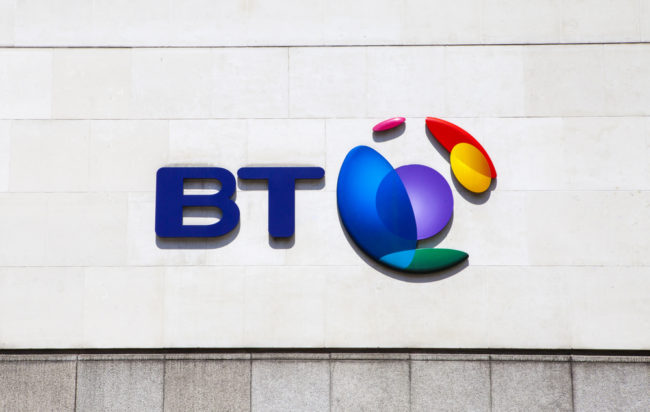 The telecoms giant completed a “challenging” year by reporting results in line with the forecasts it downgraded earlier this year. It delivered the 10pc dividend increase it promised this year, but said next year’s bump will be smaller to reflect the demands on its balance sheet, reports The Telegraph.

They include a newly revealed £300m restructuring charge over the next two years, as chief executive Gavin Patterson cuts 4,000 managerial and back-office jobs and spends more on customers service.

BT also said its struggling Global Services division, which was responsible for the double blow of over-reported profits in Italy and missed targets in the international corporate market, will be slimmed down and simplified.

The unit’s chief executive Luis Alvarez will leave BT and be replaced by Bas Burger, who most recently served as head of its American business. The company confirmed plans to offload its network assets abroad, including in Italy, and shift Global Services to focus on providing corporate IT and connectivity services over the internet.

Mr Patterson, who in the coming months is due to come under the scrutiny of new BT chairman Jan du Plessis, said: “Technology trends mean we can now be less dependent on owning physical local network assets around the world, giving us the opportunity to transform Global Services into a more focussed digital business that can deliver using cloud-based services.”

His pay is to be cut sharply this year after BT’s remuneration committee ruled that, along with former chief financial officer Tony Chanmugam, he should receive no bonus. BT’s profits were also hit by a £300m bill for fines and compensation over failings in its UK network unit.

The pair will also be forced to return incentive payments award for hitting profit targets in the previous three years. Mr Patterson’s deferred bonuses will be cut by £338,398. Mr Chanmugam faces a £193,412 reduction after BT’s profits were falsely inflated by fraud in Italy.

The investigation of the scandal found that BT, which is listed in New York as well as London, had failed to meet its accounting obligations under the Sarbanes-Oxley Act. BT said that after detailed reviews of its operations in seven countries it was confident that the wrongdoing, which involved improper sales, purchase, factoring and leasing transactions, were confined to Italy.

The investigation cost an additional £15m in the fourth quarter, on top of the £530m write-down and £500m blow to cash flow announced in January.

Full year sales were £24.1bn, up 27pc following the £12.5bn takeover of the mobile operator EE. Pre-tax profit was £2.6bn, down nearly a fifth, however, as BT absorbed the impact of Italy. Fourth quarter profits were down 48pc at £440m.

Next year revenues are expected to be flat and cash flow, a key measure of BT’s financial health, to come in at between £2.7bn and £2.9bn. As well as providing flexibility for investment, a smaller dividend increase could help BT make larger top-up payments to its £50bn pension fund, which faces a massive deficit. A revaluation exercise and formal negotiations with the trustees will begin next month.

Mr Patterson said: “This has been a challenging year for BT. We’ve faced headwinds in the UK public sector and international corporate markets and must learn from what we found in our Italian business.

“We aspire to be the UK’s digital champion. To achieve this, we’re ready to invest in the UK’s digital infrastructure, in continued improvements in our customer service, and in new technologies to further enhance customer experience.”

Alongside the results, Openreach, the UK network division that BT has agreed to legally separate after a long battle with Ofcom, announced an industry-wide consultation on demand for full-fibre broadband. BT has committed to connect two million homes and business with fibre optics, but faces political pressure to go further.

Openreach will also hold talks with broadband retailers on new technology to boost broadband service in rural areas that have been left behind by the current iteration of internet access technology.

Openreach chief executive Clive Selley said: “We are committed to continuing our investment in the infrastructure Britain needs to support our thriving digital economy.

“We want to work closely with communications providers to explore how we do that.”

BT shares were down 1pc in early trading.