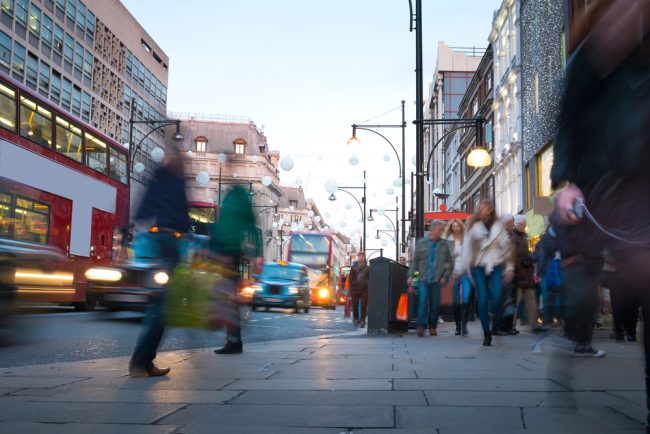 British shoppers have shrugged off uncertainty caused by the UK’s vote to leave the EU with retail sales growing at their best level in six months, pushed by the summer weather and foreign visitors lured by a weaker pound, according to a survey by the Confederation of British Industry (CBI).

The figures for August will be a welcome relief for retailers who suffered their steepest drop in sales in four years last month, in the wake of the Brexit vote, reports The Independent.

The survey of 131 firms, of which 58 were retailers, showed that 35 per cent of retailers said sales volumes were up in August on a year ago compared to 26 per cent who said sales were down.

The reading was far better than the 12 per cent fall predicted by the industry.

Retail sales jumped 1.4 per cent in July, after a 0.9 per cent decline in June, according to the Office for National Statistics.

“The summer weather has brought shoppers out onto the high street with retailers reporting that sales growth has risen, outdoing expectations, although firms do expect sales growth to ease next month,” she said.

Nevertheless, retailers are relatively cautious about near-term sales prospects with 3 per cent of them expecting sales to be up year-on-year in September.

“While the fall in sterling has boosted visitor numbers to the UK, it is likely to push up the price of imported goods over time which will mean households will be more likely to rein back spending on non-essentials,” Ms Leach said.

Consumers are likely to have less purchasing power as inflation rises and earnings growth is limited by companies striving to limit their costs.

The pound’s 11 per cent drop since the EU referendum is already pushing up the price of imports and economists see inflation accelerating next year, eroding the spending power of British households.

“Away from the high street, there are clear signs that consumer are slowing down – falling new car registrations and declining mortgage approvals show households are shying away from big-ticket purchases,” Samuel Tombs, an economist at Pantheon Macroeconomics, said.

“Looking ahead, we continue to expect growth in overall spending to slow sharply, as inflation picks up in response to sterling’s depreciation and firms scale back hiring,” he added.

The number of mortgages approved by British banks in July fell to its lowest in 18 months, data from the British Bankers’ Association showed on Wednesday.