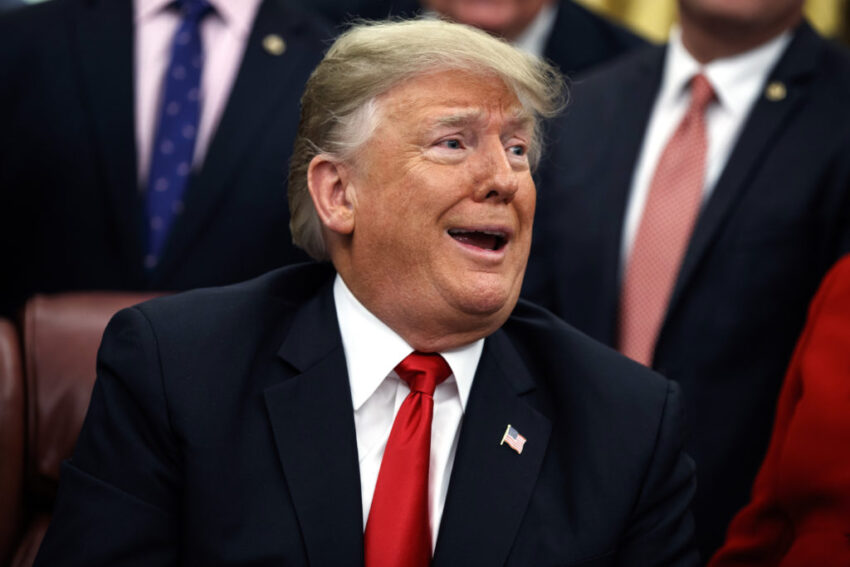 President Donald Trump’s attack on the Federal Reserve spooked financial markets on Christmas Eve, raising fears about an uncertain future should the White House try to undermine or remove the head of the US central bank.

Treasury Secretary Steven Mnuchin’s calls to the top executives at six major banks on Sunday in an attempt to stabilise jittery markets had the opposite effect.

The major indexes on Wall Street fell another 2% on Monday, making it very possible that the market will end this month as the worst December for stocks since 1931.

The market has been struggling for most of the month over concerns about a slowing global economy, an escalating trade dispute with China and recent interest rate hike by the Federal Reserve.

The past two trading days, however, have been dominated by something else: major losses immediately following tweets from the president criticising Fed chairman Jerome Powell and the central bank, which sets monetary policy for the nation.

Mr Trump’s morning tweet blasting the Fed generated fears about the economy being destabilised by any efforts to undermine Mr Powell or strip him of office.

“We’ve never seen anything like this full-blown and full-frontal assault,” said Peter Conti-Brown, a financial historian at the Wharton School of the University of Pennsylvania.

Fed board members are nominated by the president, but they have historically made decisions independent of the White House in order to shield decisions about employment and inflation from political manoeuvring.

Mr Trump has voiced his anger over the Fed’s decision to raise its key short-term rate four times this year.

Those measures are intended to prevent the economy from overheating at a time of brisk growth and an unemployment rate near a half-century low.

Mr Trump’s latest remarks, which came after administration officials spent the weekend trying to reassure financial markets that Mr Powell’s job as Fed chairman is safe, created more uncertainty for already unnerved investors that have seen all of the stock market gains from this year evaporate.

“Now we’re having a correction and we’re down for the year, so the narrative people get drawn to is that perhaps (Trump’s) more unpredictable policies are bad for the market,” said Craig Birk, chief investment officer at Personal Capital.

“The separation between the president and the Fed, maybe just causes a little more concern than it would have a few months ago.”

Monday’s sell-off extends the market’s losses after its worst week in more than seven years.

The major indexes are down 16 to 26% from their autumn highs.

Trading was choppy and volume was light on Monday during a shortened trading session ahead of the Christmas holiday on Tuesday.

US markets are due to reopen for trading on Wednesday.