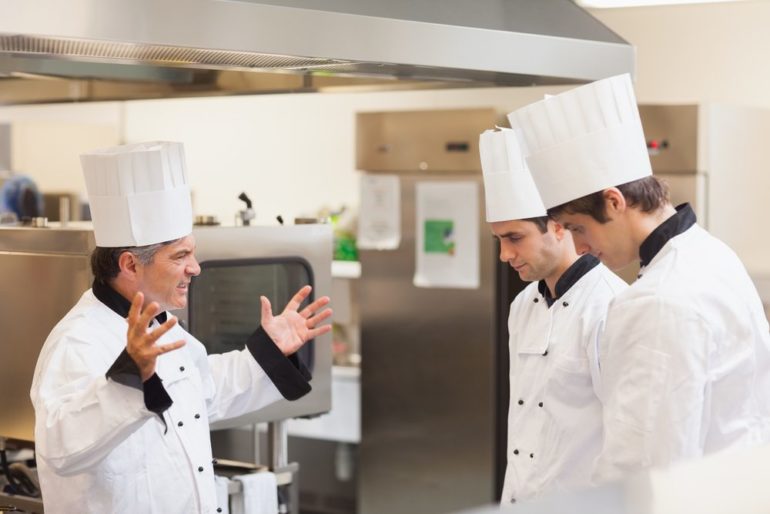 Hospitality professionals including chefs and bartenders are among the professions considered to be the most intimidating by customers, according to new research.

Research of 2,000 UK adults has revealed that 68 per cent of Britons rated hospitality professionals such as chefs and bartenders the most intimidating profession.

More than half of those surveyed were apprehensive towards telecommunications and IT workers, such as helpdesk workers and call centre advisors.

However, the research revealed 73 per cent of Britons feel healthcare workers including doctors and nurses are the most likeable professionals, suggesting the bedside manner goes a long way.

The research also discovered that 69 per cent of Britons agree teachers and education staff were likeable professions, while emergency services workers such as fire service, paramedics and police officers ranked third, and legal professionals were placed fourth.

Alex Kenny, Marketing Director at Fletchers Solicitors, said: “It’s surprising to see that such a customer-facing profession such as the hospitality trade is the most feared amongst the British public. Perhaps those who work in industries that provide care and support such as health and education could teach others how to improve their delivery and customer handling skills. We regularly see the likes of Gordon Ramsay and his fiery temper on television programmes and it seems it is indicative of a wider trend across the industry.

“When selling a product or service there must be a general level of approachability between provider and client and the customer should feel at ease, whether at a restaurant dining table or providing customer services. An anxious or stressed client can also lead to miscommunications and even in some cases problems such as medical negligence.”