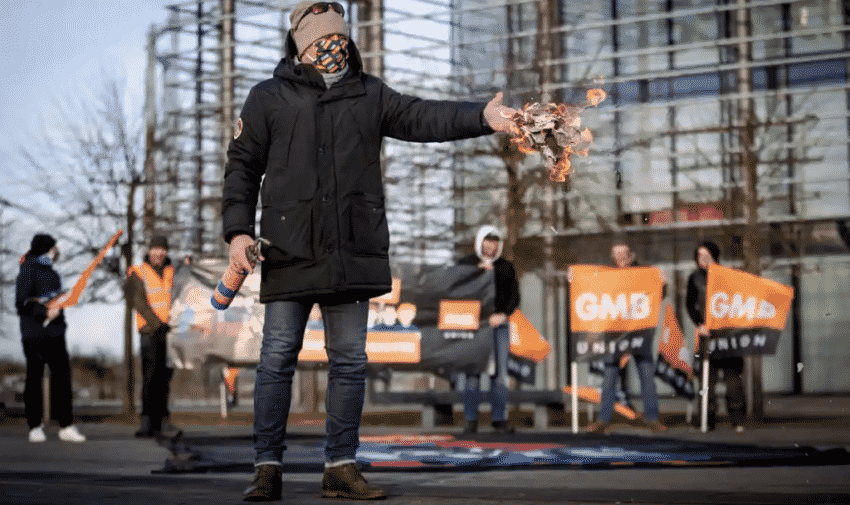 Firing staff only to rehire them on worse pay and employment terms should be outlawed, according to new polling suggesting the public backs a legal ban on the practice.

With union demands for ministers to take action against “fire and rehire” in the forthcoming Queen’s speech, a Survation poll for the GMB union found that 76% of those asked said that it should be against the law. The figure included 71% of Conservative voters. Two-thirds of those polled suggested that they would be less likely to buy goods or services from a company that used fire and rehire.

The demands for action come after hundreds of British Gas engineers, who install and repair boilers and heating systems, were sacked last month after refusing to sign up to new terms and conditions that left them with a pay cut and longer hours.

The engineers were given two weeks to change their minds and sign new deals, which included longer hours, together with shifts over weekends and bank holidays. While some signed at the last minute, hundreds were left without a job.

While the “fire and rehire” scheme is legal, it has provoked fury from employees and also led to anger in Westminster. Boris Johnson has called the practice “unacceptable”, but ministers have also insisted that firms in financial difficulty must have the flexibility to offer new terms. An Observer analysis of companies accused of deploying the tactic this year found that nine of the 13 private employers managed to maintain healthy profit margins.

The GMB union is now calling for a ban on the practice to be included in the much-delayed employment bill, to be announced in the Queen’s Speech. Warren Kenny, GMB acting general secretary, said: “Fire and rehire is a dirty, bullying tactic used by unscrupulous bosses. It has no place in the modern world of work – and the public knows it.

“We’ve been waiting since the government got elected in 2019 for ministers to bring forward their promised employment bill, which they said would make the UK the best place in the world to work. Enough is enough.”

The owner of British Gas, Centrica, had reported its weakest earnings on record earlier this year. It said at the time of the fire and rehire policy: “While change is difficult, reversing our decline – which has seen us lose over 3 million customers, cut over 15,000 jobs and seen profits halved over the last 10 years –is necessary.”