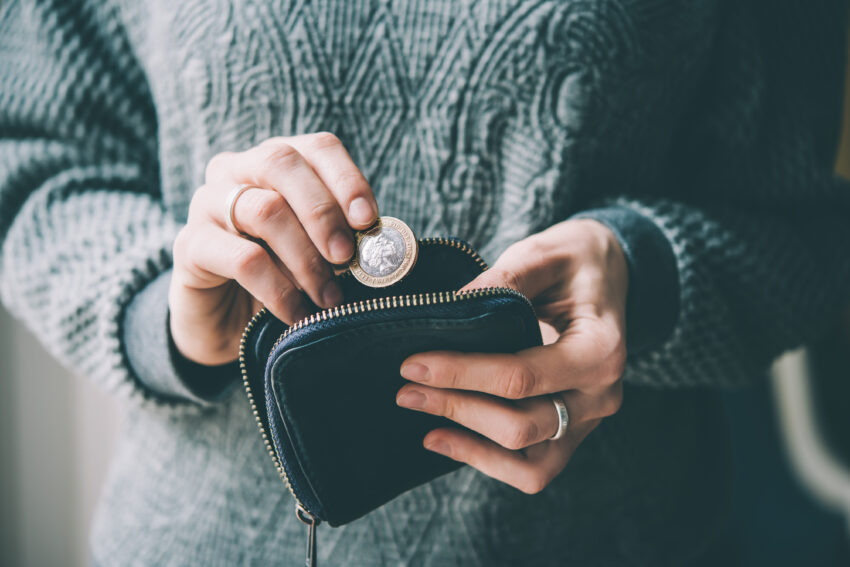 UK households have suffered the sharpest fall in the amount of cash they have available to spend for almost eight years, amid a worsening cost of living crisis driven by high inflation and rising energy bills.

According to a report by the insurer Scottish Widows, increasing living costs at the end of last year hit people’s pockets and led to the steepest decline in cash availability since the start of 2014.

It said people were increasingly pessimistic about their future finances in 2022, according to the latest reading from its quarterly household finance index.

The poll of 1,500 individuals, compiled by Ipsos Mori and IHS Markit on behalf of the insurer, found that pressure intensified on savings and disposable income in the final months of 2021, with both declining quicker than at anytime in over the past seven years.

The index, which measures households’ overall perceptions of financial wellbeing, fell from 44 in the third quarter to 40.1 in the final quarter of 2021, the lowest reading since the second quarter of 2020 when Covid-19 first spread. A figure above 50 signals an improvement as opposed to a deterioration.

It comes as a separate report from the Royal Society for Arts said young adults were among the hardest hit by the cost of living crisis, in a warning that the damage to their finances from inflation, student debt, and rising taxes risked creating a new “generation precariat”.

According to a survey of 1,000 young adults by the thinktank, researchers found almost half were unable or just about managing to make ends meet each month, or had an income that varied significantly from paycheck to paycheck.

With inflation at the highest level in a decade, ministers are coming under growing pressure to act on living standards ahead of an expected sharp increase in gas and electricity prices for British consumers from April.

According to the RSA study, carried out as part of an inquiry by the Health Foundation thinktank into young people’s health, those living in financially precarious situations were far more likely to be worried about their mental and physical health.

The researchers said young adults risked a tougher squeeze than other age groups as the government’s “national living wage” for under-23s was lower than the headline rate of £8.91 an hour. The legal pay floor will go up to £9.50 from April for those aged 23 and over, while there will also be increases for those in younger age brackets.

The RSA also noted that the government was considering lowering the repayment threshold on student loans to £22,000 from £27,295 at present, which would have the effect of reducing incomes for graduates.

Fran Landreth Strong, an RSA researcher and lead author of the report, said: “Young people across the UK face a toxic cocktail of inadequate work and safety nets, high levels of debt, and a rising cost of living.

“Our research shows that this results in a worrying number of young people facing financial precarity, with significant impact on their mental and physical health and their confidence about the future. Without proper action, we risk creating a ‘generation precariat’, unable to invest in their futures and move confidently into adulthood.”