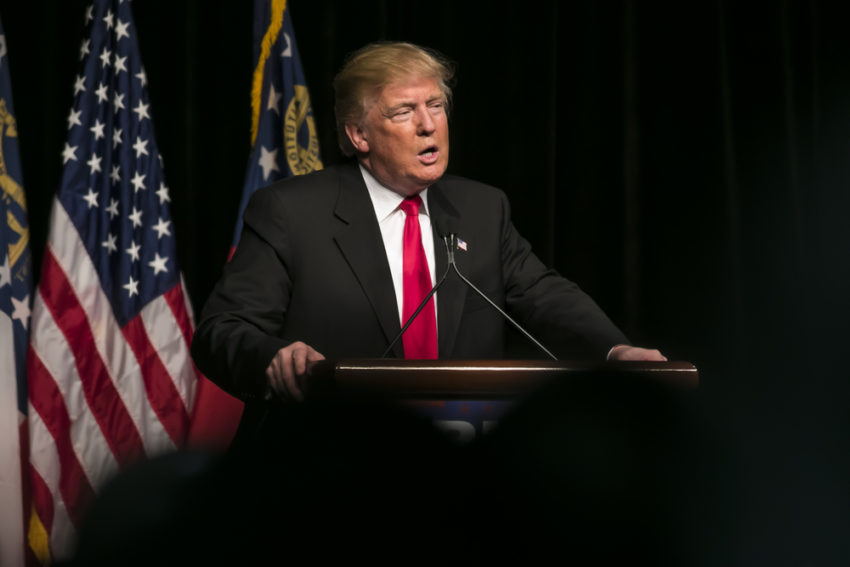 The Trump administration is threatening to slap tariffs on French products worth billions of dollars.

Champagne, luxury handbags and Roquefort cheese could be affected under the proposals, which are in response to France’s new tax on US tech firms.

The Office of the US Trade Representative invited comments on the proposed tariffs, which could hit 100%, after US financial markets closed on Monday.

According to US officials, the charges would cover French imports worth $2.4bn (£1.9bn).

The threat is likely to dominate a meeting due to take place on the sidelines of the NATO summit in London between Donald Trump and Emmanuel Macron.

The US argues that France’s digital services tax unfairly discriminates against US firms such as Google, Facebook and Amazon.

The tax, which was introduced this year, is designed to prevent tech companies from avoiding taxes in France by placing key office functions in territories with a lower rate.

The French finance minister responded to the tariff threat by saying it was not something to be expected from an ally.

Shares in French firms that could be affected, including luxury goods maker LVMH – behind the Louis Vuitton and Moet & Chandon brands – fell in response.

Shares in LVMH, which recently announced a takeover of US-based jewellery powerhouse Tiffany, were 1.5% down at the open in Paris.

The US Trade Representative Robert Lighthizer added that digital taxes introduced by Austria, Italy and Turkey could also be met with a trade response.

A similar tax scheme has been proposed by the UK, but it has not been enacted.

The US tariff threats came at the end of a day of already heightened trade tensions.

Hours earlier, the World Trade Organisation (WTO) granted Washington permission to impose its proposed 25% tariffs on a string of EU products including Scotch whisky in retaliation for subsidies to aerospace giant Airbus.

The EU is preparing a retaliation of its own under the dispute, dating back 15 years, for historic US financial support for Boeing.

Donald Trump also used his Twitter account to declare tariffs were to be slapped on steel and aluminium products shipped from Brazil and Argentina to the US because the weakness of their currencies had left American businesses uncompetitive.

The current spat between the US and its largest economic competitor, China, has already resulted in tit-for-tat tariffs on billions of dollars worth of each other’s goods since July 2018.

It was seen as setting back hopes of a so-called “phase one” trade deal with the Chinese to cool tensions.

The US is currently slated to raise tariffs against Beijing in mid-December should progress in trade talks continue to lag.

Renewed trade worries were largely blamed for a fallback in stock markets in Europe and the US on Monday while Asian equities also sank on Tuesday.