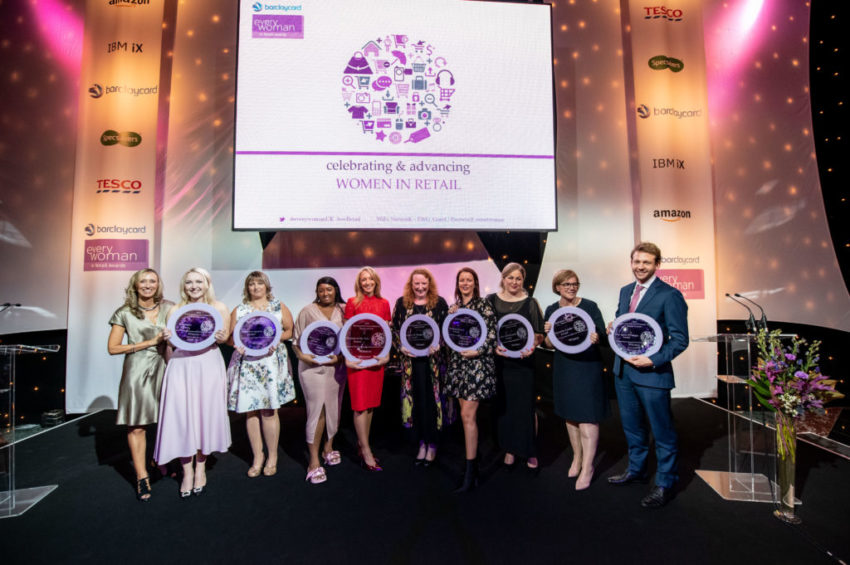 From the young, rising stars, to the long-standing leaders and pioneering entrepreneurs, individuals at all stages of their career journeys are invited to nominate themselves or others. By showcasing their success stories, they will inspire a new generation of female talent to pursue a rewarding career in this fast-evolving industry

Retail is changing at an unprecedented rate making it one of the most innovative and challenging careers out there.  Stores are evolving to offer more experiential customer engagement – the physical connection to products that digital alone cannot offer.  Alongside this technology is changing, not only the way we pay, but is being developed to create an enriching and curatorial customer experience.

With a brand-new category being introduced for 2019 – the ‘Disruptor Award’ – everywoman and Barclaycard are also searching for women making a real difference to the ever-changing face of retail, in a creative, unconventional and pioneering way.

Maxine Benson MBE, co-founder of everywoman, comments: “The changing face of retail is allowing more women to flex their creative muscles and prove how their innovative thinking is contributing to the growth of the sector. everywoman, with Barclaycard, is on a mission to celebrate the women who show just how viable and fulfilling a career in retail is. Research continues to demonstrate the value of role models to inspire women in the workplace and we look forward to welcoming a new wave of talent who will be the pioneers of retail as we’ve never seen it before.”

Anita Liu Harvey, Director of Strategy at Barclaycard said: “We are excited to announce that submissions are now open for the Barclaycard everywoman in Retail Awards. These recognise the incredible contribution that women have made to the retail sector over the past year. Our depth and breadth of expertise in supporting a huge variety of retailers makes us the ideal partner for these awards. We cannot wait to see the no doubt exceptionally talented entries for 2019. As well as recognising outstanding women working in retail, we hope that these awards inspire even more women to succeed across the industry.”

Entries are open until 13 May 2019 and winners will be announced at an awards ceremony in September.