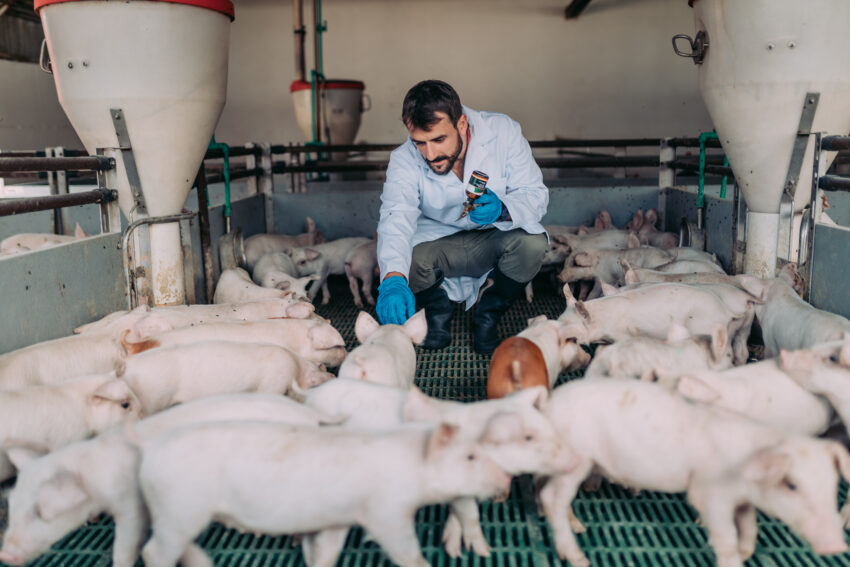 The UK’s biggest supermarket said farmers would get £6.6m until August on top of £3.4m handed out since March under an “accelerated and enhanced payment plan”, after being criticised for not paying a “fair price” for its pork.

Tesco is the latest supermarket to hand farmers extra cash in the face of surging costs of feed caused by the war in Ukraine, after an export slump last year combined with Covid disruption and Brexit-related shortages of abattoir workers.

A recent industry poll found that four out of five producers would go out of business within a year unless their financial situation improved.

The National Pig Association (NPA) wrote to Tesco asking for help as it said the industry had faced an unprecedented crisis over the past 18 months. It said the price shock caused by the war had turned a “very challenging financial situation to a critical one”.

The NPA has said there are 100,000 pigs stuck on farms that should have gone to slaughter, with farmers losing in excess of £50 a pig due to the enormous gap between the cost of production and the price that retailers were willing to pay.

It had called on Tesco to act after rivals including Waitrose, the Co-op, Marks & Spencer, Aldi, Asda, Morrisons and Sainsbury’s agreed to pay more for British pork through their dedicated supply chains.

Waitrose, which is less than half the size of Tesco, has offered £16m, while Sainsbury’s offered £7.8m.

The NPA chair, Rob Mutimer, said: “We are very pleased that Tesco has responded following our letter to chief executive Ken Murphy, with some much-needed extra financial support for the pig industry.

“This is a very welcome boost for beleaguered pig farmers, who are currently facing unprecedented costs of production and need a tangible increase in the price they are being paid in order to stay in business.

“We look forward to seeing the pig price rising very soon as a result of this action and hopefully we can begin to stem the flow of producers exiting the industry.”

Tesco said that since January it had taken an extra 32,000 pigs, and planned to take a further extra 22,000 in the months ahead as it increased its range of British pork products by 30%.

It will add five new British pork options in store and launch an “I Love British” brand for bacon and ham, from which a farmers will receive an additional 5p a pack.

Dominic Morrey, Tesco’s commercial director for fresh foods, said: “We fully recognise the seriousness of the situation UK pig farmers are facing and have been working closely with our suppliers to understand what more we can do to support the sector.”

But he added: “We know there is more to do, and we will be working with suppliers, farmers and the wider industry to drive more transparency and sustainability across our supply chains and support the future of the British pig industry.”

Jim Brisby at Cranswick, a Tesco pork supplier, said: “We’ve been working with Tesco to find a more sustainable way of paying our farmers for pigs, and we are pleased with the progress we have made to increase the availability of British pork to Tesco shoppers, and are continuing to work with the team to significantly increase these volumes even further over the next few months. The announcement today regarding the increased prices paid to British farmers will also help to support those farmers supplying Tesco.”