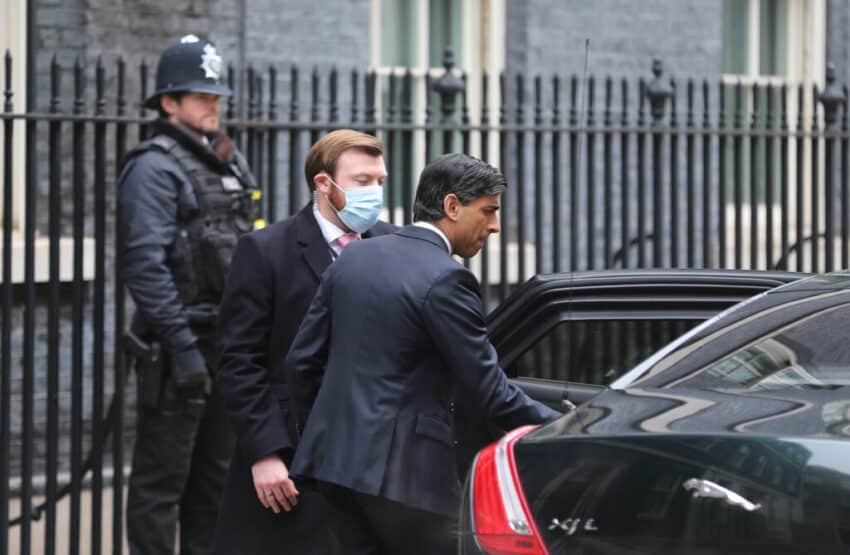 Rishi Sunak is facing growing pressure to support US proposals for a global minimum rate of corporation tax in the run-up to the UK hosting a pivotal meeting between G7 leaders in Cornwall next month.

Labour is expected to trigger a Commons vote on Monday designed to force the UK government to back the plan put forward by the US president, Joe Biden, which is being negotiated between more than 130 nations with the hope of securing an agreement this autumn.

Under the proposals, multinational corporations would be prevented from shifting profits across borders to exploit the most attractive low-tax locations, thereby allowing some big tech companies and other firms to avoid British tax and undercut British businesses. It would also set a minimum global corporation tax rate.

The Biden administration initially proposed a rate of 21% but last week it appeared to revise this, saying it should be “at least” 15%, although adding that this would be a “floor” and that discussions should continue to push that rate higher.

The plan for an international agreement on a minimum rate has been gathering support, including from Germany, France, Canada, Italy and Japan, but it has not been endorsed by Britain.

Labour said it had tabled an amendment to the finance bill due in the Commons on Monday aimed at forcing the government to back the proposal.

It will mark the first major intervention by Rachel Reeves, the shadow chancellor, since her elevation as part of Keir Starmer’s reshuffle after the party suffered heavy losses in the local elections earlier this month.

Reeves said the UK had a “once-in-a-generation opportunity” to overhaul global tax rules, and it would help to bring in extra income for the UK exchequer and stop online companies from undercutting British firms.

She said: “By making sure they pay their fair share in Britain, we can level the playing field for our brilliant businesses and build an economic recovery with thriving industries, strong public services and good, secure jobs for all.”

The organisation Tax Justice UK has estimated that a 21% global minimum rate would bring in about £13.5bn a year in extra tax benefiting Britain.

In the March budget, Sunak announced that the UK headline rate of corporation tax would rise to 25% – but not until 2023. The UK has played a leading role in reforming its tax system to tackle the rise of online companies, with the introduction of a digital services tax last year. However, the chancellor has faced growing calls to back the Biden plan to curb tax avoidance by big companies and US tech giants.

A senior Conservative party source said the government was engaging with the US and other countries on a global minimum corporation tax rate. “But any agreement must come as part of a package, including a solution on fair taxation of large multinational digital companies.”

“The Labour party have been calling for a global minimum rate of tax, while at the same time voted against the rise in domestic corporation tax. It’s time the Labour party made up their mind about where they stand.”

Reeves said the global minimum rate would stop “the global race to the bottom” on corporate tax.

“The Conservatives have a choice: they can join Labour in tackling large-scale tax avoidance or they can allow billions of pounds to leave Britain,” she said.