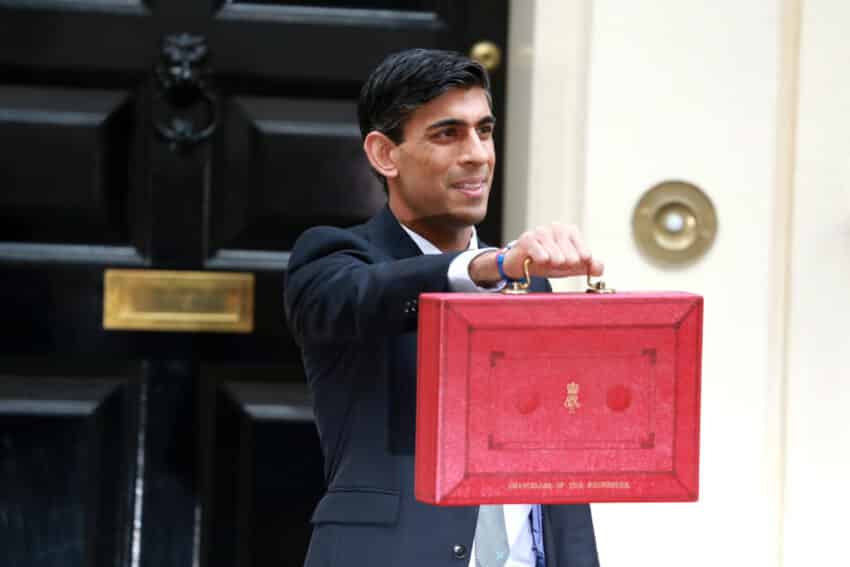 Plans for £15 billion of green savings bonds are expected to be announced by the chancellor this week, allowing people to invest in renewable energy projects such as wind and solar power.

Rishi Sunak will use a speech at Mansion House in the City of London to reveal details of the scheme, which is expected to be one of the biggest issues of green bonds in the world.

They will be available through NS&I, the Treasury-backed savings organisation that also offers Premium Bonds. Germany and Sweden have similar bonds for retail investors.

Sunak’s announcement will be part of the government’s efforts to enhance its green credentials before the Cop26 climate conference in Glasgow in November. Britain has committed to hitting net-zero emissions by 2050.

Two tranches of green bonds are expected to be issued in 2021-22, the first of which is likely to be worth about £7 billion. It is thought the bonds will be issued in September.

The money raised will be used to fund projects such as investments in wind and hydrogen power, which the prime minister has committed to in his climate plan.

The size of the scheme is significantly more than the £9.9 billion offer in the first year of Germany’s green bond programme.

However, the interest rates for the British green bonds are yet to be decided. Analysts have said that if they are too low they will not generate enough “bums on seats” but if they are too high, there will be questions about the cost for the taxpayer.

Yet the fact they are government-backed could make them more attractive than banks for savers because they will be fully guaranteed. Savings in banks offer 100 per cent protection only up to £85,000. Ministers are hoping to attract investment from people who have built up significant savings during the pandemic. According to official figures, Britons have put away an estimated £180 billion extra, the bulk of which they are expected to hold on to rather than spend.

The government has faced criticism for not doing enough to hit its net-zero target. The Climate Change Committee (CCC), a government advisory body, has warned that there is a “vacuum” in policy with Boris Johnson failing to match promises with action.

The lack of progress risks undermining the country’s credibility as host of Cop26 and “puts the whole process into jeopardy”, the CCC said last week.

Lord Deben, the committee’s chairman, said that if the government failed to set out strong policies by November it would not persuade other countries to act on their emissions. “If we haven’t shown the way in which we’re going to deliver, then we will not be able to make Cop a success,” he said. “The whole concept of global Britain being a leader will be undermined.”

Chris Stark, the committee’s chief executive, said only 11 out of 92 recommendations made by the CCC last year had been achieved in full. Failures include allowing new homes that will overheat and be at risk from flooding.