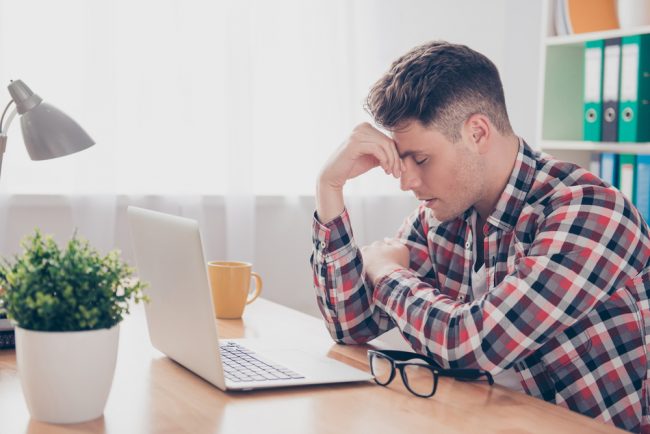 Whilst this new trend is perhaps replacing the common “headache” for many employers – the  sick day – latest stats, which suggest that seven out of 10 UK workers have dragged themselves into the office when they were unwell and should have taken a day off, show that “presenteeism” should not be seen as a healthy alternative.

The study by Aviva said 70 per cent of private sector workers felt pressured into coming into the office partly to avoid work piling up. More than two in five of 2,000 employees surveyed for the report also said they feel their employer prioritises the performance of the company over the workforce’s health and wellbeing. 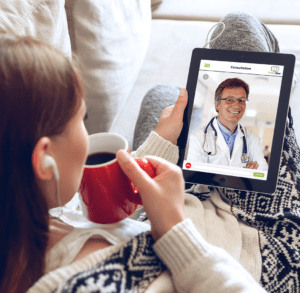 So, to help bridge gap between lost days at work and employees “dragging themselves” into work rather than taking time out to seek professional medical advice, Ireland’s leading telehealth innovators, VideoDoc, has launched into the UK market with its GP video consultation platform and a strategic focus to reach out to business leaders, employee benefits providers and HR managers looking to reduce levels of absenteeism, “sick days” and unproductive presenteeism.

Research commissioned by the VideoDoc team reveals that over half of people questioned had delayed seeking medical advice as they were worried about taking time off work – a stat that rose to 70 per cent amongst those working in London.

Through its collaborations with leading healthcare insurance providers in Ireland, VideoDoc offers an on-demand GP service to hundreds of thousands of patients. This service allowing people to consult with a GP face-to-face via the online platform and without having to leave their workplace or take time off to travel to their local surgery.

Telemedicine entrepreneur and Co-Founder of VideoDoc, Mary O’Brien, says; “Telemedicine brings the doctor’s house call into the 21st century, offering timely, safe and effective online healthcare services. And, there are huge advantages for people who work within conventional office hours in a location that’s often some distance from home.  The smart-solution means people don’t have to take time off for GP appointments or waste hours on the end of ‘phone waiting for slots to become available.

“That said, presenteeism can also be a problem for employers if someone is feeling really unwell and is unable to concentrate. Viruses and sickness can be spread around an office very quickly and in these cases, we would obviously advise encouraging your employees to stay at home and use their telehealth service from there. Forcing yourself to come into work when unwell is simplycounterproductive.

She adds; “Millennials are the mobile, subscription and on-demand generation – taxis, TV and now healthcare! They’re just not used to having to wait for services and not prepared to disrupt their working day for an appointment that could legitimately be accessed from their workstation.

Mary O’Brien adds; “For employers, investing in the health and wellbeing of their staff will go a long way in promoting a happier,more engaged and productive workforce – something that should be high on the wish list of every CEO.”