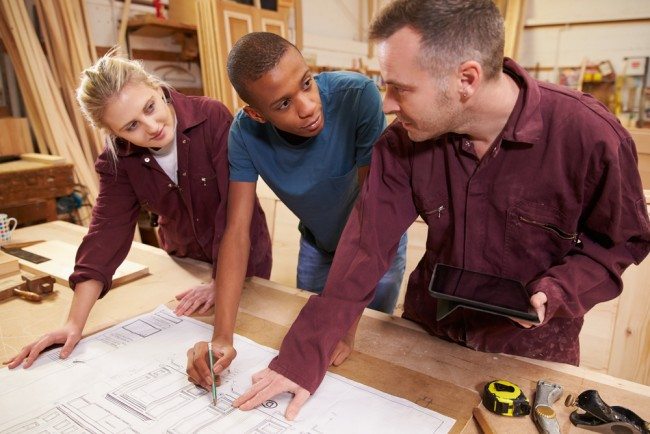 Skills Minister Nick Boles highlighted the drive of The 5% Club – which urges businesses of all sizes in the UK to recruit more apprentices, graduates and sponsored students – as the milestone was reached with nuclear power-plant Sellafield Ltd making it a century of members for the campaign.

Mr Boles said: “Training workers and hiring apprentices are the fundamental building blocks to creating a richer, more productive and highly skilled workforce. Sellafield Ltd and The 5% Club set a great example for how employers can ensure young people receive the skills they and their industries need to succeed.”

Dr Sam Healy, Programme Director of the campaign and Group Corporate Responsibility Director of QinetiQ, the defence technology company that initiated the campaign said: “We’re delighted that we’ve reached 100 members and that the good work of the campaign has been celebrated by the Department for Business, Innovation and Skills. Government has done a good job providing the ‘push’ for apprenticeships and graduate programmes but it is employers that can provide the ‘pull’ and create the jobs.

“The 5% Club pledge is a public commitment by industry that highlights this message and the specific part that British businesses play in sustaining a brighter future for our young people. By making sure we have the right pipeline of talent and skills to deliver, we can help the country achieve economic growth.”

The 5% Club which launched with just six members: QinetiQ, MBDA, Babcock, Renishaw, Atkins and Airbus in October 2013, calls on businesses to commit to ensuring that 5% of their workforce are apprentices, graduates or sponsored students within a five year time-frame.

In nearly two years of campaigning, the club has seen companies ranging from micro entities to FTSE 250 companies commit to the pledge with more than half of all members being SMEs. The campaign has received support from the Confederation of British Industry (CBI) and the Ministry of Defence who became a member earlier in the year.

The 5% Club has become a support network for British businesses and members meet on a quarterly basis to share best practice of how to provide high quality earn and learn opportunities for young people.

Les Agnew, Head of Education and Skills at Sellafield Ltd said: “One of Sellafield Ltd’s most important investments is the skills and development of the next generation of professionals; this is why we take such pride in having one of the most reputable apprentice schemes in the UK.

“Becoming the 100th member of The 5% Club allows us to publically share our commitment to helping the country’s growth agenda and acknowledges the importance of developing our people as both a business and social imperative.

“We aim to play a role in transforming the fortunes of young, talented people in the UK and to ensure that the country, and Sellafield Ltd, retains its reputation for innovation.”

The aim of the campaign is to tackle both the chronic skills shortage and youth unemployment in Britain and help the country remain at the forefront of innovation. It also asks members to publicly report their progress in their Annual Report.

Collectively responsible for more than 300,000 employees in the UK, the members of The 5% Club are already providing more than 36,000 opportunities for young people, exceeding the campaign’s initial goals. The programme’s founding members all look forward to strengthening the campaign’s relationship with the government and working together to safeguard the future of the British economy.