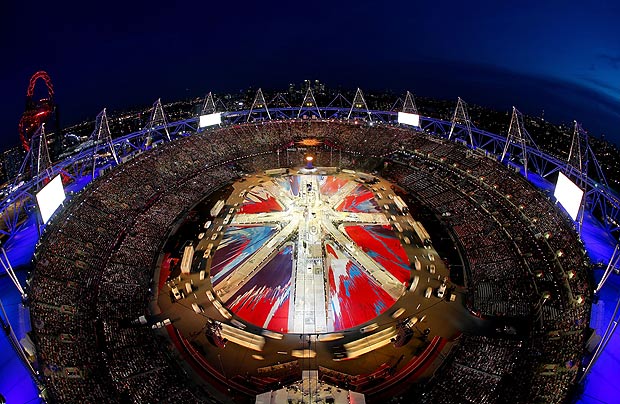 In the next few weeks politiicans, businessmen and women all over the country will be returning, reinvigorated from their summer vacation, to take on the very real challenges facing corporate Britain.

While memories of a wet but triumphant Jubilee and a spellbinding Olympic Games will inevitably fade, the legacy of what we have learnt as a nation should be leveraged in shaping our economic future.

In many ways, the Olympic project has provided a template for the industrial policy we sorely need.

A vision championed by a few, delivered on time and to budget (albeit adjusted) by the commitment of many. A plan with political continuity across Parliaments. A programme initiated by a Labour government, executed under a Coalition with cross-party support throughout – and vocal encouragement by all party leaders when it mattered.

The Olympics was a showcase displaying the talents, flare and creativity of our people, set against a pageant of British history, showing the flexibility and adaptability of our past that continues to make Britain great today.

We all revelled in outstanding performances where selection and nurturing of identified talent in specific sectors ensured a small country could more than punch its weight when pitted against competition that measures population in billions of people and growing wealth in trillions of dollars.

They were performances that demonstrated the vital contribution of women in our collective achievements, the advantages of diversity in our society and the benefits of sound rules and governance as a backdrop to great achievements.

A national spirit was abroad – a spirit that was proud of winning, valued fair play and applauded the rewards and honours that would inevitably follow hard work, risk- taking and the success of our competitors.

So the legacy of 2012 should not simply be inspiring a generation in sport or rejuvenating a decaying part of the east London landscape. It must be the catalyst that drives our society to pick up the industrial pace.

We need to see politicians and business leaders combining with the same resolve that brought us Olympic success in rebuilding our economic future.

A five-point plan is required. We must identify and invest in those areas of the economy where our competitive edge can be boosted to world-beating leadership. We must tailor our education and training programmes to make our people appropriately skilled and fit for purpose in an increasingly competitive world.

Our politicians must provide long-term confidence to our business leaders with cross-party commitments to encourage investment for a generation of growth rather than a single term of political office.

Business leaders must create a culture that believes in winning, celebrates and rewards success but ensures that cheats and poor performers never prosper.

We must build a national mindset that recognises that wishful thinking for growth is no substitute for hard work and that big business is the engine of growth on which many small businesses depend and by which our national prosperity is propelled.

There is no doubt that we have already made some progress in meeting these challenges. The foundations of the plan for growth have been laid securely on a bedrock of financial rigour, which has provided the low interest rates and favourable exchange rates on which recovery can be built.

Falling inflation and a slow reduction in unemployment has signalled some potential improvement for the hard-pressed consumer in the days ahead.

Government policies, however clumsily implemented on occasions, have sought to be business-friendly – in lowering tax, encouraging entrepreneurial effort and reducing regulation.

Recently there have been some reassuring moves in the right direction. It is clear however, that policies and plans will remain only good intentions, unless supported by an equal determination on delivery with the machinery for effective implementation in place. Driving the growth agenda forward must now be the priority of our political leadership.

Unsurprisingly, UK growth remains elusive in a climate of continued European uncertainty and corporate insecurity. This will not change in the short term and public expectations must be managed accordingly.

Many balance sheets are strong and recent moves by the Bank of England should improve business funding. It is lack of confidence however, rather than shortage of ambition or money, that inhibits the strong and paralyses the weak in the business community.

An industrial policy to inspire business leaders and address these challenges must be developed with urgency and resolve. The policy must be pragmatic, practical and command wide parliamentary support. It should be long-term in outlook, early in adoption and consistent in execution.

At its core it must be performance-driven and values-led.

We must ensure that a vibrant Olympics Park does not decay into a sporting wasteland relic, nor allow the global showcase we marketed from Stratford and Lancaster House to become the ghosts of lost opportunities for building competitive success.

The industrial policy we develop from the lessons learnt in our sporting arenas should be the lasting legacy of the economic regeneration we create to the benefit of everyone.

In the autumn, the CBI will be publishing its own report on industrial policy as an important contribution to the growth agenda. It is the responsibility of us all – business leaders, politicians and the nation at large – to see that we do not fail to capitalise on the Olympic investment we have made and the national spirit it has liberated as we collectively pursue a better future for the next generation.