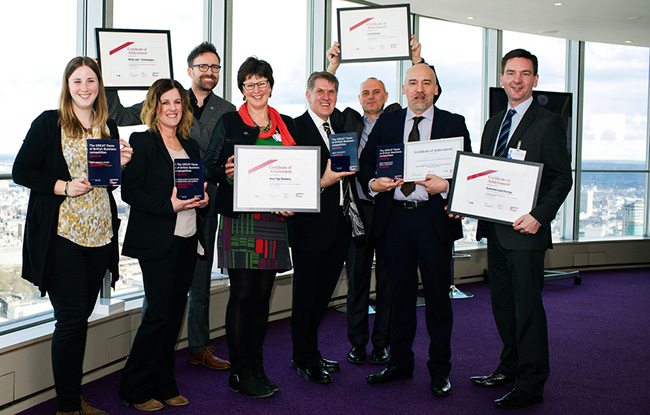 The Business is GREAT Britain campaign to find the most innovative and exciting UK businesses drew to a close with an awards ceremony at the BT Tower in London.

Named Grand Prix winner, REALsafe Technologies impressed both the national judging panel and the public, with a high number of online votes cast in its favour.

Winners were selected by a combination of the public vote and national judges’ scores. They received their award from Business Minister, Matthew Hancock.

Durham-based REALsafe Technologies is a start-up business that launched a revolutionary safety-based app for motorcyclists in February 2013. The REALRIDER app lets motorcyclists track rides, record points of interest, and keeps them safe when they ride alone. It can automatically detect if a rider has had a crash and contacts the Emergency Service with their last known location and medical details.

REALsafe® Technologies stood out to the judges as a classic business success story. The national judges commented that “it is a fantastically simple, yet innovative product that could save lives, and that now the only way is up for the business.”

Zoe Farrington, Managing Director at REALSafe Technologies said: “We’re absolutely thrilled to have been crowned the national winner of the GREAT Faces of British Business competition. Winning this award truly sets us apart from the competition in our field, and we hope we will inspire other small businesses everywhere to foster their success. We would strongly recommend any small business owner to visit www.greatbusiness.gov.uk to access the wealth of support and advice available from the Government to help your company grow.”

In total, four awards were presented at the GREAT Faces of British Business competition ceremony:

In addition, the winner will also receive a package of export support from UK Trade & Investment (UKTI). UKTI works with UK businesses to help them succeed in international markets and supports the Business is GREAT Britain campaign, with the Department for Business, Innovation & Skills (BIS).

Business Minister Matthew Hancock said: “We’re backing the entrepreneurs and the innovators who run the small firms driving our economic recovery. The GREAT Faces of British Business competition is all about celebrating their successes.

“Following the public vote, Extreme Low Energy in the North West has been named Most Innovative Small Business. They are an inspiration to other businesses across the country looking to innovate, and are the living proof that there has never been a better time to start and grow a business in the UK“.

Steve Rathborne, Director of Sales, BT Business said: “As an organisation, BT Business wants to help and support small businesses to succeed. Great Britain has a pedigree of producing innovative and successful businesses and leaders, and the national winners that have been selected accurately reflect the quality of British business and its excellence across industries.

“That’s why we’re supporting the Business is GREAT Britain campaign in order to discover and champion the entrepreneurial talent that’s out there and to give businesses an opportunity to boost their fortunes even further through a marketing package and business support from BT Business and UKTI.”