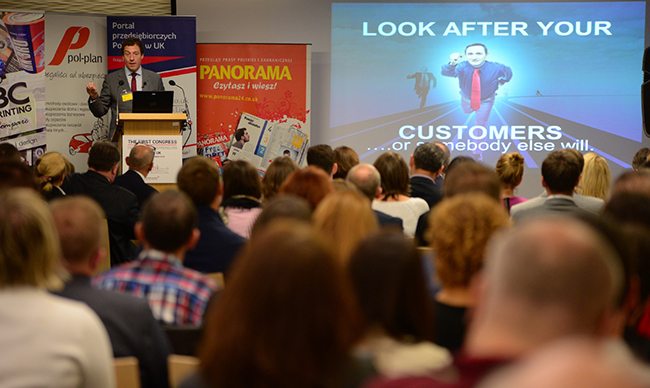 The event will be opened by the His Excellency Witold Sobków, Ambassador of the Republic of Poland and will build on the success of the inaugural congress last year.

The focus of the day will be on how innovation and creativity drives growth of SMEs and will include a panel of entrepreneurs, chaired by Michael Dembinski, British Polish Chamber of Commerce Chief Adviser, looking at successful case studies. These will highlight the increasingly significant contribution made to the UK economy by Poles who’ve moved to Britain since EU accession.

Organisers advise that equal emphasis will be placed on opportunities in the domestic market as on exports to Poland: speakers from Companies House UK will be joined by counterparts from Poland. Recently confirmed is Veronica Heaven, of management consultancy The Heaven Company London Limited, who will deliver a presentation entitled Building a Sustainable Business.

While the congress offers excellent opportunities for British businesses to harness the energy and enthusiasm of Polish entrepreneurs, who in turn benefit from plugging into established networks in the UK, it’s not always that way round:

Mr Dembinski said: “Many of my parents’ generation who settled in the UK after World War II were entrepreneurs, but they never formed an association – which was a shame. Today’s generation of Polish entrepreneurs understands that a network is as strong as the square of the number of its members; no business is an island.

This event will be a chance for British SMEs to tap into the thriving network of Polish businesses, opening up the potential of Polish markets, including lucrative export opportunities. But equally, British firms benefit greatly from identifying UK-based Polish contractors, for example in the construction sector.”

Business clinic sessions will give delegates the chance to discuss issues and challenges with seasoned, successful figures from the world of business.

Polish Business Link was set up by Bartlomiej Kowalczyk in 2013 and works in partnership with British & Polish Chamber of Commerce to build networks within the Polish business community as much as to connect the latter with British businesses.

Any business interested in attending the congress should visit www.congress.pblink.co.uk to register before 12th October 2015 as over 200 businesses are expected to attend and spaces are limited.