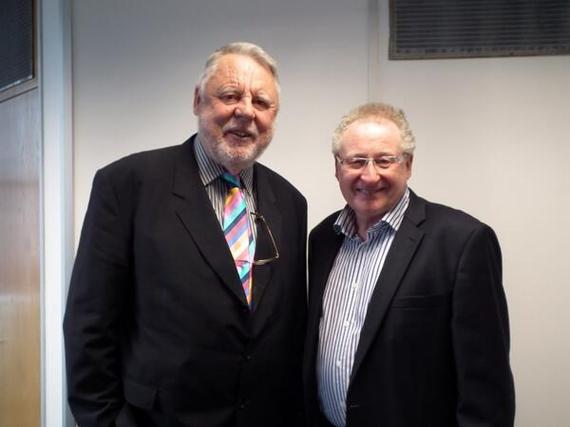 Emmaus, for which HRH The Duchess of Cornwall is Royal Patron of and Former Envoy of The Archbishop of Canterbury, Terry Waite, is President, was started in France in 1947 by Father Abbé Pierre in a bid to alleviate homelessness on the streets of Paris. It now has 24 homes through the UK where men and women who have become homeless can find not only refuge, but a job too. The organisation, is run like a family business as it involves all residents in working to create the money needed to sustain the community.

Fear started his business life in the City of Bristol over 40 years ago from a red telephone box on the Bristol council estate where he lived. He is now the Entrepreneur in Residence at The British Library, a position formerly held by the late Dame Anita Roddick. In July 2013, Fear was also awarded an honorary Doctorate of Business Administration from UWE Bristol for his continued service to Entrepreneurs and Entrepreneurship.

Due to hyperactivity as a child and the breakup of his parents’ marriage when he was four, Fear developed a wanderlust that led to him often finding himself alone on the streets at night. “Being cold and alone at 2am in the morning with no money and no friends is not a nice place to be,” stated Dr Fear.

Fear continues, “Homelessness is not a lifestyle choice, something went wrong in that person’s life which hasn’t yet been put right, in helping people in that situation Emmaus is providing a huge service to the country as well as to the individual involved.

Upon being made Patron of Emmaus, Dr Fear said: “I was hugely impressed when I met with Dr Richard Pendlebury MBE, Chief Executive of Emmaus Bristol, at a lunch in honour of HM The Queen during her Jubilee year. The lunch was attended by both HM The Queen and HRH The Duke of Edinburgh in 2012.”

He continued: “Dr Pendlebury and I continued to stay in touch which culminated with him asking me to be patron earlier this year. I hope to help create more revenue through developing commercial interests for the charity so that more homeless people can become companions, before maybe going on to live in homes of their own and find work externally. We are there for them as long as they need us though.”