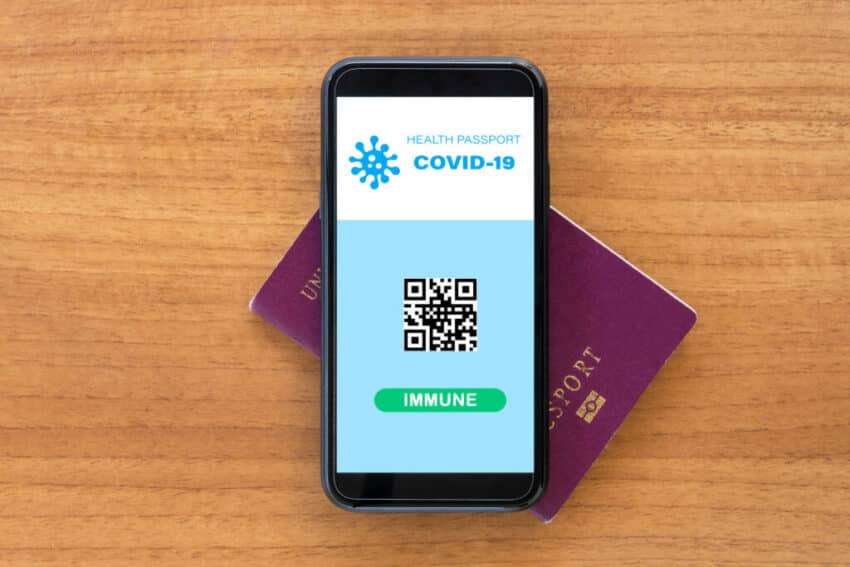 Pubs and restaurants may be allowed to scrap social-distancing rules in exchange for asking their customers to present Covid passports.

The requirement to keep people at least one metre apart may be lifted for venues that check people’s Covid status before admitting them, according to government documents.

The paper was published as part of an official review into how using so-called vaccination passports domestically may help to reopen the economy. Ministers said that Covid-status certification “could play a role in reducing social-distancing requirements” in hospitality venues, and that the two issues were linked.

Venues will be allowed to decide for themselves whether to request proof of people’s Covid status, but critics say they will be left with little choice if they hope to be profitable.

Under the plan individuals would need to scan the NHS app on their smartphone when entering and would be allowed in only if they have been vaccinated, if they had had a recent negative test or if they had recovered from the virus in the past six months.

Kate Nicholls, chief executive of UK Hospitality, said the industry was being presented with a “Hobson’s choice”.

“We have very significant concerns,” she said. “Many businesses cannot operate profitably with the social-distancing rules in place but if they have to police Covid status passports as well then the cost of compliance will be significant and the responsibility to police it will fall on staff.” Ministers promised to consult the industry.

Officials are planning trial events to allow venues such as nightclubs and football grounds to reopen without social distancing by requiring those attending to present Covid passports.

The government’s review into Covid passports is being led by Michael Gove, the Cabinet Office minister, and will conclude in June. Hospitality venues will be allowed to reopen outdoors from Monday and indoors from May 17.

Asked at a Downing Street press conference whether such passports were un-British, the prime minister said: “The principle of requiring some people to have a certificate to prove that they’re not passing on a disease . . . that can be a sensible one.” He gave the example of surgeons having to be vaccinated against hepatitis B.

Johnson stressed that the government was “some way off” finalising any plans for Covid-19 certification in the UK and that any such scheme would not be brought in until June.

However, more than 70 MPs have signed a letter condemning the proposal as “divisive and discriminatory”. The signatories include about 40 Tories, which could be enough to overturn the government’s majority if Labour votes against the move.

Asked whether MPs would be given a vote on the issue, Johnson said: “We’re taking too many fences at once. First of all we need to work out exactly what the proposal might be, but certainly, if there’s something to put to parliament, I’ve no doubt that we’ll be doing that.”

Senior Whitehall sources said last night that ministers believed it was better for the government to “facilitate” a Covid-19 status check using the existing NHS app rather than allow the private sector to institute their own checks.

They added that given the scale of the concern about how this would work, MPs were almost certain to be given a vote even if the plan did not strictly involve the need for legislation. “These are the kinds of things that we are working through at the moment,” one said. “But it is highly unlikely that you would do this without first involving MPs.”

The interim findings of Gove’s review said that ministers would ensure that vaccine passports were not needed to access public services, transport and essential shops. It said they believed such passports “could have an important role to play both domestically and internationally, as a temporary measure”.

Mark Harper, chairman of the anti-lockdown Covid Recovery Group of Conservative MPs, said: “Whether the state legislates for it, recommends it or simply allows it, Covid status certification will lead to a two-tier Britain and these issues need debating thoroughly and carefully before we allow them to affect the lives of our constituents.” He called for a vote in parliament and said that introducing the passports “by the back door” would be unacceptable.

Officials are thought to believe that an app would be the most straightforward way to implement such a system. Under proposals being looked at, individuals would need to scan the app when entering a venue and would be allowed in only if they have been vaccinated, if they have had a recent negative test or if they have recovered from the virus in the past six months.

The government said vaccine passports could have a role in reopening theatres and nightclubs and allowing crowds at festivals and sports events.

It suggested that the passports could also allow for social distancing requirements to be relaxed in places such as restaurants and pubs so that customers did not have to be kept a metre apart. It added that there should be exemptions for people who were advised against vaccination and who had difficulties accessing regular tests.

Jonathan Ashworth, the shadow health secretary, said he worried that introducing vaccine passports would make people feel they were being forced into having a jab, and would be “counterproductive”.

“All the evidence has always suggested that if you want to maintain confidence in vaccination, that you don’t make it compulsory, don’t force people to be vaccinated — you encourage people, you persuade people,” he told the BBC. “And my worry with what the government are suggesting is they are effectively trying to force people into taking a vaccine and I think in the end that will be counterproductive.”