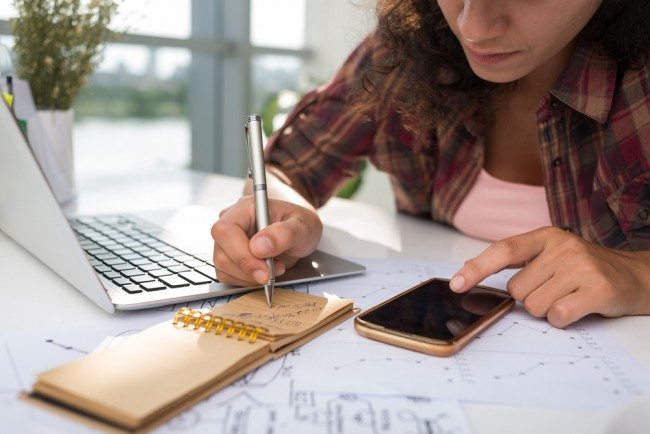 Self-employed British women are also stealing a march on their European counterparts. In the same five year period, the number of self-employed women in France grew by just 17 per cent and Italy by 5 per cent, while in Germany the number fell -2 per cent.

The research also found that Britain is home to the highest proportion of specialist online retail businesses established by women. 54 per cent, compared to just 46 per cent by men. In the US the figure is 48 per cent and for Germany 44 per cent.

eBay’s research also found that self-employed women are more likely to create jobs and support employees than entrepreneurial men. Nearly 10 per cent of online businesses established by a female sole proprietor have employees compared to just 2 per cent of those run by men.

Tanya Lawler, eBay UK CEO, says women are at the forefront of the rise in online retail marketplaces.

“We’re seeing more and more women set up successful enterprises, and for all the talk of a glass ceiling, Britain is actually a nation of self-made women.”

eBay powers more than 200,000 small digital retail businesses, many of which are driven by ambitious and smart women. Our research with Development Economics has now verified the strides that businesswomen are making in the SMB space, and quantified their valuable economic contribution.

“Platforms like eBay are vital for providing entrepreneurs with the infrastructure to start and grow a business of their own. For women with the additional pressures of childcare or flexi-working requirements, online retail is a land of opportunity where any glass ceiling is already well and truly smashed.”

Alice Cross Watson, Marketing Director at Volksbits which sells car parts, has experienced this change first hand, and believes men won’t be surprised by women competing with them in the business world.

“Even in an industry – motoring and mechanics – dominated by men, we’re judged on the quality of our service and our stock, not our gender. Being an online business helps us sidestep traditional stereotyping.

There’s going to be a seismic shift culturally over the coming years where men won’t be surprised by women plying a trade and competing against them tooth and nail in business.”