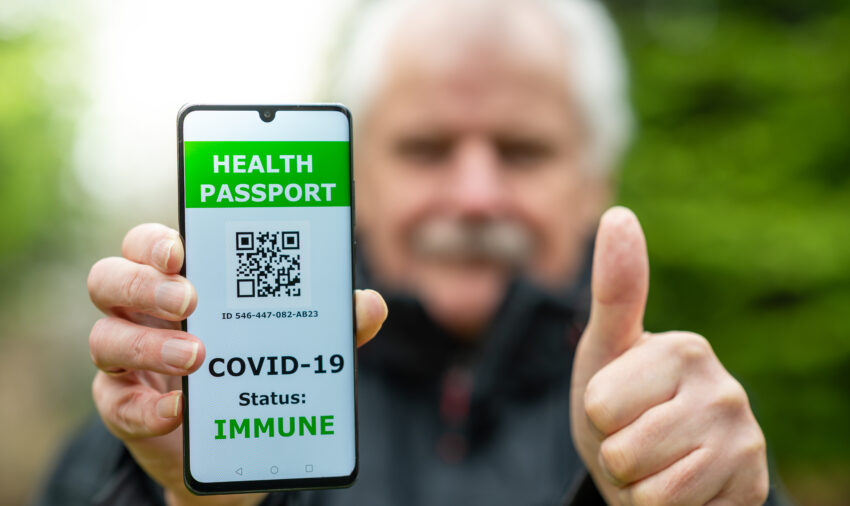 Downing Street has said the government will press ahead with plans to introduce vaccine passports for nightclubs and other crowded indoor venues in England from the end of next month.

Boris Johnson’s official spokesperson was asked on Tuesday about reports suggesting ministers could back away from the proposal in the face of objections from Conservative MPs, but said there was no change to the policy.

“We set out broadly our intention to require vaccination for nightclubs and some other settings. We will be coming forward in the coming weeks with detail for that,” he said.

The requirement is meant to come into effect at the end of September and will be based on use of the existing NHS app, which allows users to generate proof of vaccination.

Asked whether the prime minister remained 100% committed to the plan, the spokesperson said: “Yes, there is no change in our position.”

Johnson first put forward the idea in July, days after clubs and other venues were allowed to reopen.

He said: “We are planning to make full vaccination the condition of entry to nightclubs and other venues where large crowds gather. Proof of a negative test will no longer be sufficient.”

At the time, keen to encourage young people to get the jab, the government even refused to deny that pubs and other venues could be included; but Johnson’s spokesperson said there were no plans to expand it to other venues.

Ministers hoped barring vaccine-sceptics from busy nightspots would help to increase vaccine uptake among young people, but the plan prompted a backlash from Conservative backbenchers concerned about the impact on civil liberties.

Labour has also expressed concerns, suggesting a system that included Covid testing alongside vaccination would be a better approach, since fully vaccinated individuals can still catch and pass on the virus.

If Keir Starmer’s party declined to support the vaccine passports plan, the government could face defeat in the House of Commons, with some Conservative rebels suggesting up to 40 colleagues would be willing to vote against it.

Some backbenchers have also suggested they could boycott the Tory party conference in October if vaccination is made a condition of entry.

The government has been targeting adverts and other media at young people over the summer, stressing the importance of the vaccine in returning life to normal.

Johnson’s spokesperson said: “We continue to see good uptake among young people; we recognise there’s more to do, and that’s why we have targeted campaigns specifically aimed at that age group”.

Ministers are braced for infection rates to rise in the coming weeks as children return to school and more office workers go back to their desks.