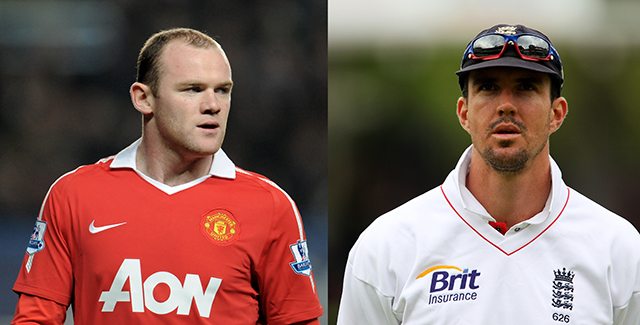 The trio are investors in Senone, a £2.5 million venture put together by Ian Currie, a former director of Bolton Wanderers, with each thought to have contributed about £200,000 to the partnership, which has been lending to small business for more than a year and has given loans to more than a dozen different companies.

‘We lend to companies that can’t borrow from the banks. We put about £200,000 to £500,000 into businesses,’ Currie said. Adding that since its creation in late 2011, the partnership had been inundated with requests for finance, fielding 500 queries in the past year.

The partnership has 13 investors, including several partners in Seneca, Mr Currie’s investment firm and unlike many investments favoured by sports stars, such as film and property ventures, there are no tax advantages to the deal.

Currie said he had contacts in the sports world from his time at Bolton, enabling him to put together the stellar cast of investors. joking: ‘Clearly, with the money these guys have got, it’s not massive money for them.’

While Pietersen and Rooney are relative newcomers to the world of small company financing, Theo Paphitis has a long background in backing small ventures.

The entrepreneur made his money turning around retailers including La Senza and Ryman and more recently he set up a lingerie firm, Boux Avenue, and bought high street hardware chain Robert Dyas in July last year. Earlier this year he said he would be stepping down from his role on Dragons’ Den to focus on his growing business

Senone has put money into printing firms, one petrol forecourt business, an interior design company and a luxury motorhomes business with Currie staring that the loans the partnership have granted have have saved about 200 jobs.

The funding venture has been so successful that Currie is considering starting a bank. He said that the Senone partnership was set up as a turnaround fund to rescue struggling companies, but the demand has been so strong from companies simply unable to obtain conventional bank loans that he is now hoping to start a proper bank focused on the North of England. It would take deposits from individuals and lend to small companies. He said he is aiming to raise £20 million to get the project off the ground.

Proving why their offering was so essential to UK SMEs unable to obtain traditional finance Currie highlighted one recent deal where a company they lent to got a big contract, and couldn’t get funds to honour it, but Senone provided the funding to fulfil the contractual obligations which proved very profitable to the company.

The Senone partnership is not technically a bank because it does not take deposits. Anyone can lend to small companies, but anyone taking deposits must have approval from regulators, however the Government is trying to encourage the launch of new banks, announcing changes last week that would make it easier for companies to enter the market.