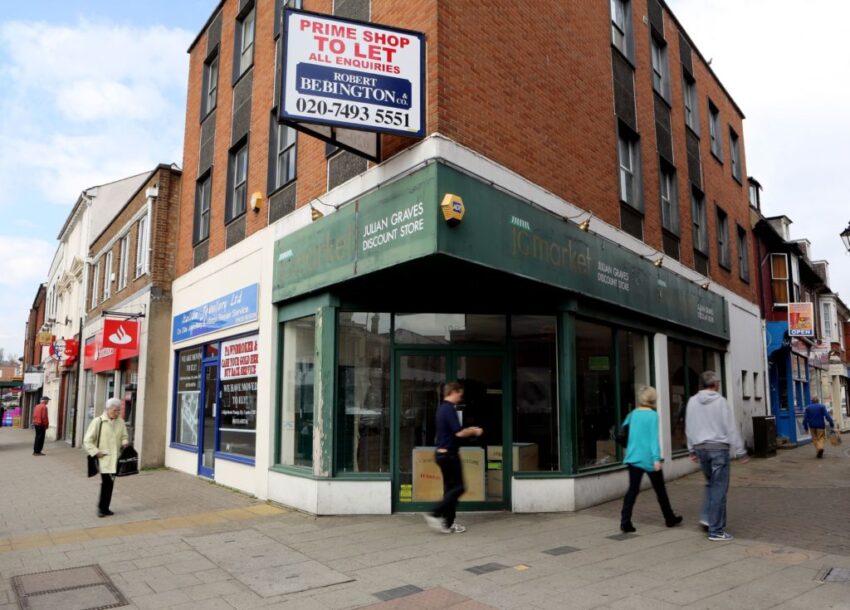 Britain’s struggling retailers have axed nearly 150,000 jobs this year with experts predicting fresh pain in 2019, research for the Press Association has shown.

End of year figures compiled by the Centre for Retail Research show that 148,132 jobs have been wiped out as almost 20,000 shops and restaurants closed their doors.

Professor Joshua Bamfield of the Centre for Retail Research said: “While Parliament is obsessed with Brexit, business rates and low growth are killing the high street.

“We feel that 2019 is going to be a repeat of these dire figures unless or until the government takes action to provide a level playing field for both online retailers and the high street.”

Robert Hayton, head of UK business rates at Altus Group, said: “I envisage an intensification of action taken by businesses to reduce not only the extent of their estates but those rental costs too ahead of the critical April 1 2019 assessment date which will then determine business rates liabilities from 2021.”

Several retailers including Asda, House of Fraser and Evans Cycles are already expected to cut jobs in 2019.

He said: “Consumer surveys show that people are not feeling confident about the future, despite an increase in wages.

“This is partly due to interest rates going up and the mood music from the Bank of England.”

Sports Direct boss Mike Ashley said this month that retailers would be “smashed to pieces” by the weaker spending.

At least eight House of Fraser stores are set to close after Sports Direct failed to come to an agreement with landlords, making around 2,000 job losses likely.

Mr Ashley has previously said he hopes to keep 80% of House of Fraser stores open, but the status of some sites remains unclear.

Up to 50% of Evans Cycles locations will also close, leading to around 650 job cuts.

PA revealed in October that supermarket giant Asda is to start consulting with staff over potential job losses next year which could total almost 2,500.

Other jobs at risk in 2019 include those at Laura Ashley, which PA revealed earlier this month is to close around 40 stores under its new chairman.

Debenhams is also accelerating its store closure programme, putting up to 50 sites and 4,000 jobs at risk.

Pets At Home is likely to cut some jobs next year, having earmarked 30 vet practices at its stores for closure.

Ikea unveiled plans to cut 350 UK jobs over the next two years as part of a global transformation plan in November.

However it will also add 500 new jobs in spring when the new Greenwich store opens.

Union officials have joined calls for the government to act urgently as political uncertainty adds to the pressure on the retail industry.

Paddy Lillis, general secretary of the shopworkers’ union Usdaw, told the Press Association: “We are very concerned about the impact of Brexit increasing prices at the same time as incomes being squeezed, customers changing their shopping habits and new technology being introduced.”

Frances O’Grady, general secretary of the TUC, said: “The government must stop watching from the side-lines and get a grip on Britain’s living standard crisis. Unless we get wages rising across the economy more retailers will be at risk of going to the wall.”

In February, Toys R Us and Maplin both went into administration on the same day, eventually resulting in the loss of a combined total of over 4,500 jobs.

Poundworld’s collapse in June was the biggest casualty of the year, putting 5,100 people out of a job.