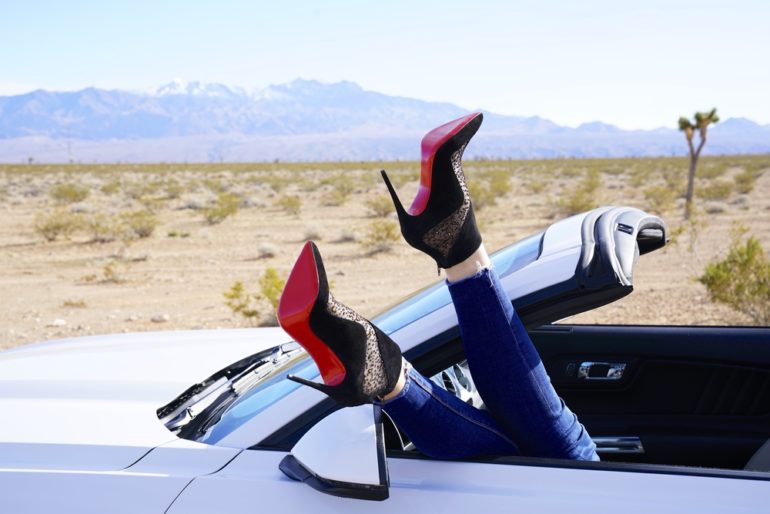 Europe’s highest court has backed Christian Louboutin in its battle to protect its distinctive red soles.

Under EU law companies cannot trademark common shapes of products such as the soles of shoes.

Van Haren argued that applying red to a shoe sole came under that law and, as a result, Louboutin did not have trademark protection.

In February, Louboutin appeared to suffer a setback when the ECJ advocate general Maciej Szpunar said the combination of a colour and shape could be refused trademark protection.

However, the European Court of Justice (ECJ) said that shape trademarks do not apply to Louboutin’s red sole.

Louboutin, whose shoes start at £500 for a classic black court, are staple footwear for the world’s most famous women, with celebrities ranging from Kendall Jenner and Rihanna to Melania Trump seen wearing his skyscraper heels.

The eponymous brand’s scarlet soles date back to 1992, when the fashion designer painted a sole red with nail varnish borrowed from an assistant.

The luxury brand said it “warmly welcomes” the judgement.

But in the ruling on Tuesday, the court noted Louboutin was not seeking to protect the shape of a shoe, merely the application of a colour to a specific part of it.

Elaine O’Hare, an intellectual property specialist at the law firm Stevens & Bolton, said: “The ECJ has not followed the recent recommendation of the advocate general and has instead ruled that Louboutin’s red soles can in fact be protected as a trademark.

“The case will now go back before the Dutch court, but it seems likely that Louboutin will be allowed to develop a monopoly for red-soled high-heeled shoes.”

In a statement, Louboutin said: “For 26 years, the red sole has enabled the public to attribute the origin of the shoe to its creator, Christian Louboutin.

“This case will now be referred back to The Hague court, which is expected to confirm the validity of the red sole trademark.”