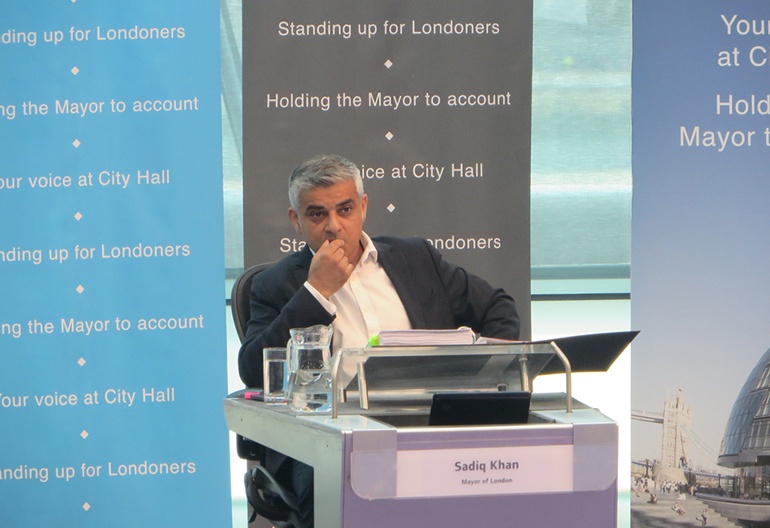 Small businesses left struggling after the devastating Grenfell Tower fire are being supported by a £250,000 scheme, launched by Mayor Sadiq Khan and the Royal Borough of Kensington and Chelsea.

Several business owners in North Kensington suffered losses after having their premises cordoned off as emergency services dealt with the horrific fire, in which 71 people died.

Nearly £100,000 has already been paid out by the Mayor and Kensington and Chelsea, while a further combined £150,000 has been pledged by the borough council and the Government’s Department for Business, Energy and Industrial Strategy. The money will help local businesses to cover expenses such as rent, lost stock and supplier payments.

Among the businesses affected were Samurai Sound, a recording and photography studio less than 100 metres from Grenfell Tower, and car sales and repair company Holland Park Motors, which has been based at railway arches near the tower since 1969.

“We couldn’t trade for a month, then when we were back up and running no-one knew we had reopened or they didn’t want to shoot videos against the backdrop of the tower,” said William Anderson, who runs Samurai Sound, which was inside the police cordon following the fire.

“We had to issue thousands of pounds in refunds – we basically limped along for about two and half months. The bottom line is without the money from the fund and the help of PBC we would have been out of business,” he said.

The Portobello Business Centre is distributing the funding.

“The tragic fire at Grenfell Tower took a terrible toll on the local community, including a number of small businesses around the area who were left struggling to make ends meet,” Mayor Sadiq Khan said.

“I’m pleased that we’ve been able to help local firms to get back on their feet and I’m committed to continuing to do all I can to help the community recover. I hope Londoners will also do their bit to help by supporting these local small businesses,” he said.