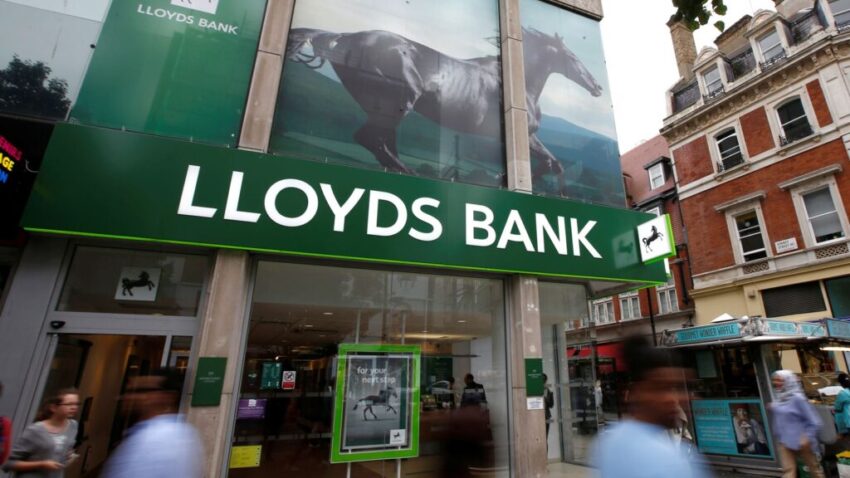 Lloyds Banking Group has plunged into the red after it booked a £3.8bn provision for bad loans arising from the coronavirus crisis.

Results covering the first half of the year showed a pre-tax loss of £602m compared to profits of £2.9bn for the same period in 2019.

Lloyds said it had set aside £2.4bn for possible loan losses in the three months to June alone as the UK economy became mired in the coronavirus lockdown.

It was almost £1bn more than financial analysts had expected.

Such provisions have become a staple of bank reporting since the crisis began – with Barclays and Santander among the other big names to reveal vast sums so far this week.

NatWest Group – formerly known as RBS – is due to update investors on Friday while Europe’s largest bank, HSBC, will report next week.

Lloyds said it now saw a “much larger” and “profound” impact from the effects of the lockdown than initially expected and warned investors the support it was providing customers would come at a cost to the group as a whole.

It said it had provided more than £9bn in loans to businesses under the various government-backed schemes and more than 1.1 million payment holidays to personal banking customers.

Customer deposits, Lloyds said, increased by £29bn because of a reduction in consumer spending during the enforced hibernation of the economy.

Its net interest margin – a key measure of lending profitability – sunk by 20 basis points to 2.59% in the second quarter of the year because of weaker interest rates and lower demand for loans and mortgages.

Lloyds chief executive Antonio Horta-Osorio, who announced earlier this month that he was to leave after a decade in charge, said: “The impact of the coronavirus pandemic in the first half of 2020 has been profound on the way we
live our lives and on the global economy.

“We remain fully focused on helping our customers and the UK economy recover, in collaboration with government and our regulators.”

He added: “Although the outlook is uncertain, the group’s financial strength and business model allow us to help Britain recover and play our part in returning our country to prosperity.

“Our customer-focused strategic plan remains fully aligned with the group’s long-term strategic objectives, the position of our franchise and the interests of shareholders.”

Lloyds has been a consistent profit performer in recent times since ditching exposure to more risky activities following its taxpayer bailout following the financial crisis and concentrating instead on loans to consumers and businesses,

But its transformation, in the current crisis, has come back to haunt it because it has no investment bank or fund management arms – credited by Barclays for driving its own profits.

Lloyds shares, down more than 50% in the year to date, fell 8% when the FTSE 100 opened for business.

Donald Brown, senior investment manager at Brewin Dolphin, said of the performance: “Of all the major banks, Lloyds is most exposed to the performance of the UK economy which brings with it its own set of challenges – not least the influence of Brexit, which is still taking shape in the background.

“Nevertheless, the underlying tone of the statement is gloomy, as the bank seeks a new CEO to guide the group forward.”