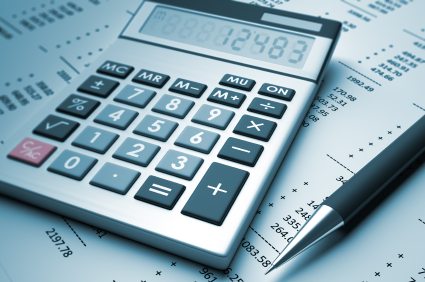 The late payment of trade invoices is threatening the profits, growth and even survival prospects of small firms but few use formal procedures to tackle the problem. This is according to findings of a research report launched today by the commercial credit referencing agency Graydon UK, working in partnership with the Forum of Private Business (FPB).

The survey, which canvassed the views of 500 UK small businesses, reveals that 51 per cent of companies cite that the late payment of trade invoices is a problem. Twenty-three per cent of these companies subsequently indicated that late payment is a serious problem, with 16 per cent saying they have almost been put out of business as a result.

Underscoring the ‘domino effect’ of late payment down the supply chain, meanwhile, 56 per cent of those respondents not paid on time have, in turn, been forced to pay their own suppliers late. Further, 45 per cent reported that late payment has eroded their profits and 23 per cent asserted that it has undermined their ability to invest in growth through innovation.

Sixty-five per cent of respondents reported customers extending their payment terms without notice or consultation. Twenty seven per cent said suppliers had universally changed terms and conditions and 25 per cent that customers had withheld final payments without consent in order to assess the quality of work first.

In all, 23 per cent said customers withheld payment in order to question quality or delivery times while 14 per cent reported customers demanding discounts for prompt payment not agreed at the outset and 12 per cent supplier credit withdrawn without notice.

Only a third of companies (33 per cent) of respondents offer prompt payment incentives, while just 30 per cent use existing legislation to charge interest on late payers and 40 per cent use cash flow management software. In addition, debt collection agencies are employed by 42 per cent of respondents, 43 per cent keep a reserve in the bank to offset late payments and invoice discounting is seen as a solution by just 26 per cent of businesses.

The report’s findings came under the spotlight today at a House of Commons summit, hosted by Graydon UK and the FPB, alongside representatives of the Government’s department of Business, Innovation and Skills (BIS), the Labour Party, the Institute of Credit Management (ICM), the Association of Certified, Chartered Accountants (ACCA) and Lloyds TSB Business.

Speaking at the event, Gordon Skaljak, External Spokesperson, Graydon UK, commented: “The current economic climate makes it more important than ever that companies clearly understand the risks and opportunities associated with their operations. This includes identifying the cash flow and other risks triggered by the late payment of trade invoices by customers.

“Companies cannot achieve sustainable growth if they aren’t paid on time consistently. This is why having a formal credit management process based on reliable, accurate customer payment behaviour information is essential for businesses who want to transact with confidence and fulfill their sustainable growth potential.

Phil Orford, Chief Executive of the Forum of Private Business, said: “The research shows just how damaging the late payment of invoices is for small firms across every sector. It decimates cash flow, kills growth and innovation and ultimately forces businesses to the wall.

“We need to do two important things – first, communicate to business owners exactly what they can do proactively to minimise late payment, including putting in place robust cash flow management procedures and even simply invoicing properly and on time, then we need to provide the support and services they need to make tackling late payment a standardised business process.

“Second, we need to persuade large corporations to embrace paying their suppliers on time and in full, avoiding the temptation to impose damaging, retrospective changes to terms and conditions, so that prompt, proper payment washes down the supply chain.

“These are the aims that are squarely in our sights and we are committed to working with the Government and other agencies in order to achieve them.”

Remarkably, the findings come despite many small firms acknowledging that there are proactive steps they can take to minimise the problem. Submitting invoices promptly is seen by 97 per cent as the most effective method of minimising late payment, followed by telephone contact with a customer after an invoice has been submitted (79 per cent), using credit checks (76 per cent) and refusing to complete work in the future (61 per cent).

The survey also finds that: