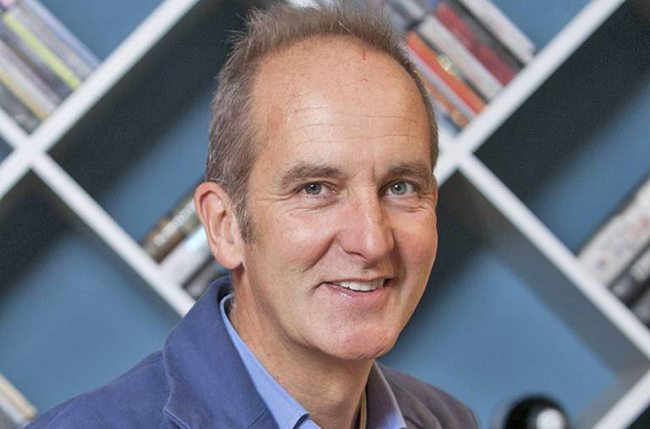 The Grand Designs presenter, Kevin McCloud, could be facing a fresh crisis after it emerged that his flagship housing company may be at risk of being forced into insolvency.

Were that to happen, it would deal a heavy blow to the hundreds of small shareholders who invested between £100 and £150,000 each in the eco-friendly homes business, and who have already had to contend with plenty of bad news.

One of them, Robin Brookes, put £5,000 into McCloud’s company HAB Housing after it launched an equity crowdfunding campaign in 2013. “It is starting to look like I will be getting nothing back at all,” he said.

In the latest annual email to Brookes and the other HAB Housing investors, McCloud apologised for the fact he was not able to write “with sparkling good news”.

He revealed that HAB Housing owed £1.2m to another firm in his property empire, HAB Land, and that HAB Land’s liquidators at the accountancy firm KPMG had attempted to call in this loan.

“HAB Housing cannot pay and could yet be forced into a formal insolvency process,” McCloud wrote. He added that he had written to KPMG to say that HAB Housing was in no position to honour this debt and that it was open to negotiation.

“Any move by HAB Land’s liquidators or others to place HAB Housing into liquidation would achieve nothing as HAB Housing has no assets,” McCloud said.

He added that despite all the turmoil and crises: “I am determined that investors should see their investment as not entirely lost.”

Last year was a torrid one for McCloud’s HAB (it stands for Happiness Architecture Beauty) property empire – and for the small investors who sank millions of pounds into it.

In 2019 the Guardian revealed the problems that had beset the business, including project delays, “systemic faults” and large debts.

To cap it all, a HAB Housing development in Hampshire, which was supposed to have been completed in 2018, was described by locals as resembling a “bomb site”.

Things reached a head in October when HAB Land and its subsidiary HAB Land Finance went into liquidation.

That spelled bad news for almost 300 small investors who put £2.4m into a mini-bond scheme offered by HAB Land in 2017. They had been offered a return of 7% to 9% over five years, plus all their capital back in early 2022, but ended up nursing big losses.

However, HAB Housing – the flagship HAB company, of which McCloud remains the sole director – was unaffected by the liquidation proceedings.

The TV property guru set up HAB Housing in 2007 “to challenge the way identikit volume housing was built in the UK”. Six years later the company reportedly broke the then world record for crowdfunded investment, with 650 people putting in a total of £1.9m and thereby becoming shareholders. That meant they owned 25% of the equity in the business.

The shareholders were told to expect dividends of at least 5% by the end of 2016, plus invitations to “exclusive events” with McCloud, and other perks.

However, in August 2019 it was reported that these investors were claiming they had been “fobbed off” and had not received a penny in dividends, or been allowed the opportunity to sell their shares in order to reclaim any of their investment.

A year later, McCloud, 61, who has presented the Channel 4 series Grand Designs since its launch in 1999, told the investors: “There is no reasonable prospect of liquidity for your HAB Housing shares.” When shares in a business are described as liquid, it generally means they can be bought and sold quickly and easily.

Brookes, who lives in Wiltshire, said after reading the email: “It doesn’t look too hopeful but at least they have got in touch and explained things.”

He originally invested in HAB Housing “because I believed in what they were doing”.

He said he did not mind too much when the promise of a 5% return on investment after three years did not materialise. “I accepted their reasoning and lived on in hope – they were doing a good job. A return would be nice, [an] eventual return of capital would be acceptable. It is starting to look like I will be getting nothing back at all.”

Brookes originally contacted the Guardian in July to say that HAB Housing seemed to have “disappeared”. Calls to HAB Housing’s phone number were met with a message saying: “This line is not in use” and there had seemingly been little or no company activity since last autumn.

However, in his email, McCloud said that while the firm was no longer occupying its premises in Bristol, “we remain open for business” and he added that he had worked over the past year to explore every opportunity to keep the company going.

A HAB Housing spokesperson said future plans were “being progressed discreetly behind the scenes … During these times, the company has been operating at its most minimal and making arrangements for exciting future activity.”

They added that McCloud “remains very much at the heart of HAB Housing as a director and as the largest shareholder, and has been actively involved in driving forward development of future plans. Kevin continues to believe in and uphold HAB Housing’s vision about creating sustainable, beautiful homes and thriving communities, and is moving the business forwards to deliver that with greater effect.”