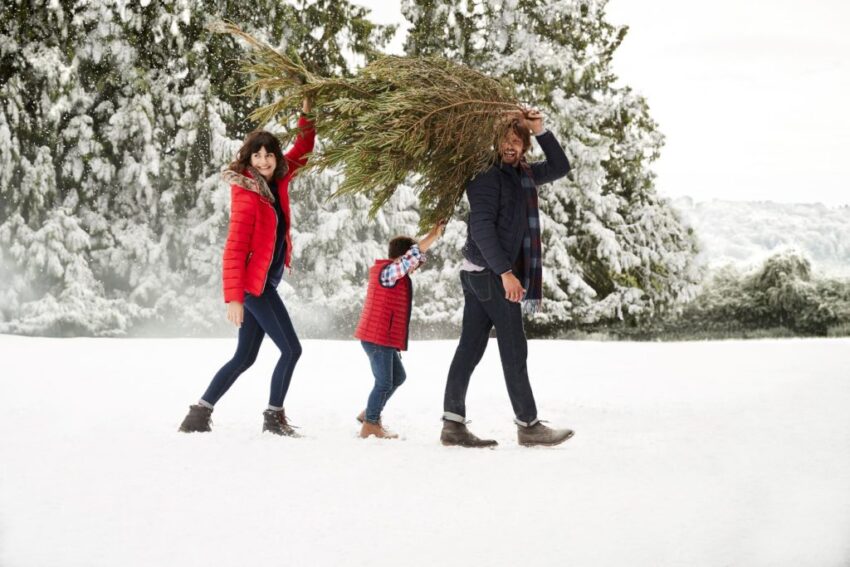 The group – famous for its bright wellies and outdoor clothing – saw comparable retail sales rise 11.7% over the seven weeks to January 6.

It said online trade accounted for almost half of total retail sales thanks to purchases through its website and concession partners.

Shares in the firm rose 6% after its Christmas trading update.

Colin Porter, chief executive of Joules, said: “I am pleased to update on a continued strong retail performance for Joules through the important festive trading period, which represents an improvement from the retail sales growth in the first half of the year.

“This good growth was achieved despite the ongoing backdrop of challenging sector trading conditions.”

The Christmas sales performance marks a step up from the 10% rise in retail sales over its half-year to November 25.

Mr Porter told the Press Association the group had spent a lot of “time and energy” making sure its mobile site is easy for customers to use and complete transactions.

He added the group had not suffered a dismal November despite the unusually warm weather that hit other outerwear retailers, such as Superdry.

“Because we celebrate whatever the weather, we had something for all weather conditions, including lightweight coats right through to quilted and padded coats,” he said.

Best-sellers over the season included its gifting ranges and accessories, such as handbags, toiletries and its newly launched watch range.

Joules also saw strong demand for its wellies and footwear, in particular its leather Chelsea boots.

They said that the strong online performance “reflects the resonance of the brand and products online supported by management’s successful digital strategy which has driven good uptakes to social media, digital marketing and targeted promotional activity”.

Market Harborough-based Joules – which was founded by Tom Joule in 1989 – has 123 stores across the UK and Ireland, as well as an online arm and wholesale business that supplies over 2,000 stockists worldwide.

The brand is available across the United States, Germany, France and other European markets, with global sales now accounting for around half of total wholesale revenue.

It recently revealed contingency plans for a hard Brexit, including setting up an EU distribution hub and moves to order products early.

In the details outlined last month, Joules also said that it is bracing for expected increased administrative activities and is ramping up its currency hedging activities in anticipation of volatility in the pound as Brexit day approaches.